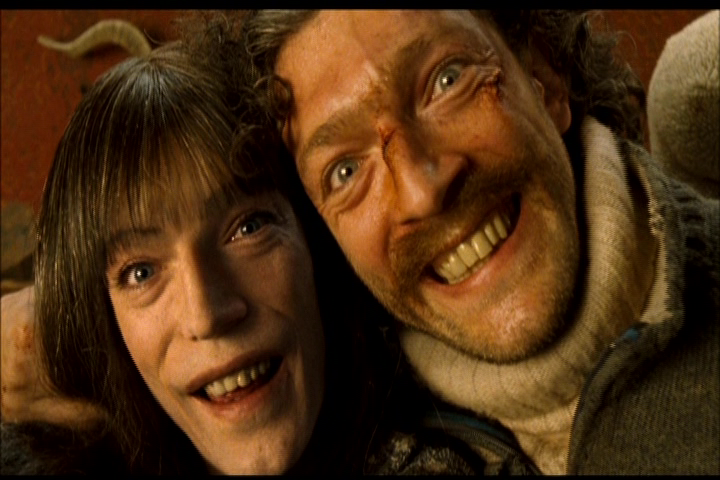 The fantastic Vincent Cassel stars as the weirdest handyman ever, spending a decadent Christmas weekend with a rag tag assortment of nightclub refugees. After Bart (Olivier Barthelemy) is tossed from the club, his mates and the girls they’re flirting with head out to spend the weekend at Eve’s (a not shy Rosane Mesquida). Way out in rural France, they meet Eve’s handyman, his very pregnant wife, and a village full of borderline freaks.

“Sheitan” is French for Satan, by the way.

It’s a ripe scene: sinners sinning at Christmas, inbred freaks, creepy dolls. But we aren’t asked to hate these characters – profoundly flawed though they may be – which makes the film more unsettling. So many films that gather together a group of good looking youngsters just to pick them off rely on audience participation and misanthropy, but Sheitan presents them as normal people worthy of compassion, even as they make ugly choices.

The film is savagely uncomfortable and refreshingly unusual. Cassel’s performance is a work of lunatic genius, and his time onscreen is never less than memorable. It’s the kind of horror movie you’ll only find in France.