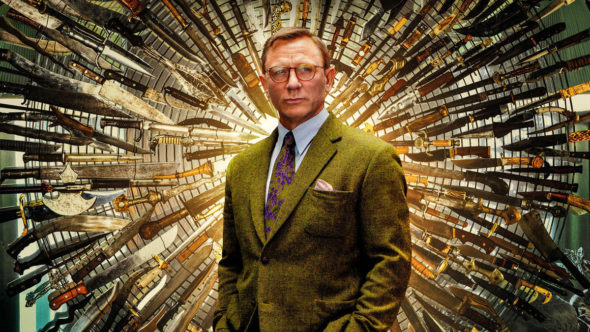 It’s interesting that three of the most deliciously watchable films of 2019 exist to question the societal value of the rich. Earlier this year, the action-comedy bloodbath Ready or Not pitted one regular schmo in a bridal gown against a mansionful of one-percenters looking to end her life.

Too bloody for you? How about Joon-ho Bong’s masterpiece of social commentary, Parasite? Who, exactly, is it living off the blood of others?

Rian Johnson follows this path with the hoot and a half that is Knives Out.

If you only know Johnson for his brilliant fanboy agitator The Last Jedi, you should give yourself the gift of every other movie he’s ever made, Looper and Brick, in particular. This guy is an idiosyncratic storyteller, one who balances style and substance to create memorable worlds you aren’t ready to leave when the credits roll.

Knives Out is his own Agatha Christie-style take on the general uselessness of the 1%. And it is a riot.

Christopher Plummer is Harlan Thromby, the recently and mysteriously deceased mystery novelist whose family is in a pickle. Though they believe their gregarious patriarch offed himself, the notion seems unlikely however clear the death scene seems to make it.

As little as possible should be said about the plot, as it is a whodunnit, but at the very least it’s appropriate to acknowledge this cast.

The spoiled and entitled are played by Jamie Lee Curtis, Don Johnson, Jaeden Martell (from It), Toni Collette as well as Michael Shannon and Chris Evans and their sweaters. Each finds a memorable character and each clearly has an excellent time doing so.

Credit also Ana de Armas as Marta, the homecare nurse and anchor for the story. De Armas has previously been cast primarily for her looks (Blade Runner 2049, War Dogs, Knock Knock), but proves here that she can lead a film, even a film with this strong an ensemble. Her Marta is wholesome but funny, gullible but smart. Her chemistry with Craig is enough to generate some interest in their next collaboration. (Well, that and the writing.)

Johnson proves that you can poke fun without abandoning compassion. More than that, he reminds us that, as a writer, he’s shooting on all cylinders: wry, clever, meticulously crafted, socially aware and tons of fun.