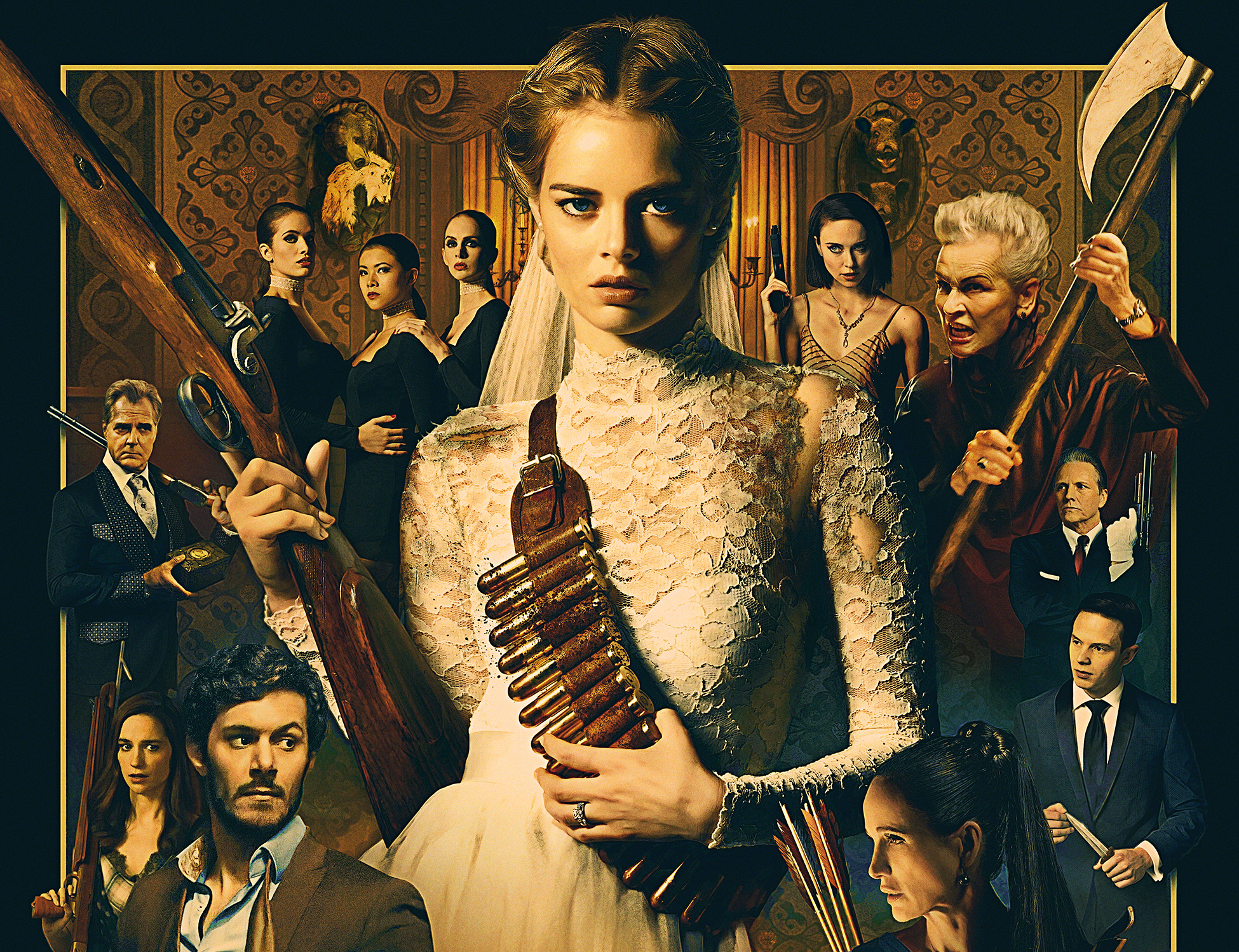 I don’t know about you, but this is a sentiment I can get behind.

Grace (Samara Weaving, Mayhem) doesn’t know whether her soon-to-be in-laws are eccentric or they just plain hate her. Or maybe they are as evil as her groom Alex (Mark O’Brien) and his drunk-but-amiable brother Daniel (Adam Brody) say they are.

The brothers are just kidding, right?

Directors Matt Bettinelli-Olpin and Tyler Gillett (Devil’s Due—meh) invite you to join the happy couple as they plunge into a world where the wealthiest among us would rather commit murder than do without what none of them worked very hard to earn.

At midnight on Grace and Alex’s wedding night, everyone assembles in the Le Domas family game room: Mom and Dad (Andie MacDowell and Henry Czerny), Aunt Helene (Nicky Guardagni), other siblings and in-laws. It’s a ritual. Just one quick game of hide and seek. What could go wrong?

And yet, the film feels safe, as if it is loath to truly represent the wealthy as people who’d leech the life from those beneath them (a la Get Out). Although, like Jordan Peele’s horror classic, Ready or Not introduces a deeply disturbing song almost as chilling as Get Out’s “Run Rabbit, Run.”

Weaving is proving herself to be reliably badass in the genre, her central performance elevated by the sometimes inspired work of the ensemble. MacDowell, in particular, seems to be enjoying herself immensely.

Even with the clever turns and cheeky performances, the film lacks substance. I mean, yes, I can indulge my secret belief that the rich are evil all day long. So, thank you Ready or Not for playing that card. In the end, though, the film’s just a slight and entertaining (and gory) way to waste your time.