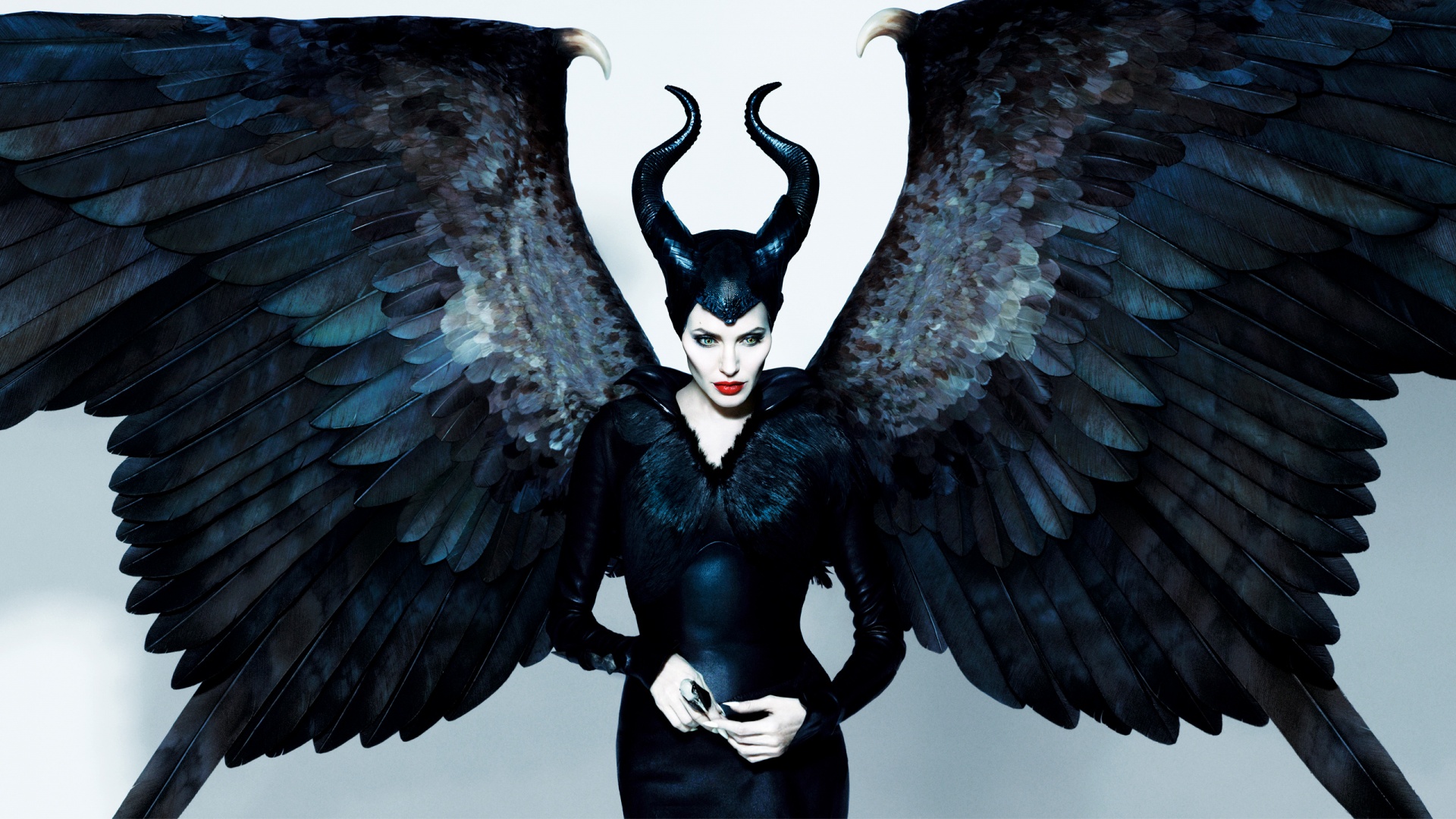 Hey, thanks a lot Wicked.

For those of us who love a good villain for their terrifying villainy, the popularity of the stage musical Wicked has created a bit of a problem: the neutering of the greatest of the greats. Gregory Maguire started it when he gave the Wicked Witch of the West a political backstory that exposed her self-sacrifice and good nature.

Now Disney wants to turn their greatest and most terrifying villain, Sleeping Beauty‘s Maleficent, into another role model.

I’ll give them this. They can cast a lead.

Angelina Jolie has always cut an imposing, otherworldly figure, and Maleficent’s horns and leather look right at home. She offers the chilly elegance, dry humor and shadowy grace needed to bring the animated evildoer to life.

Plus, she looks great. And the film looks great – we’d expect nothing less from first-time director, longtime visual effects and set design maestro Robert Stromberg. But it’s not enough to save the effort.

The truly talented Elle Fanning struggles in an anemically-written role while Sharlto Copley flails, saddled with a character whose descent into madness is articulated with little more than overacting.

The basis of the problem is a toothless script by Linda Woolverton. Less the girl-power theme that elevated Frozen (another Wicked rip off) and more a bitter pill about untrustworthy men, the film feels mean in all the wrong ways. Woolverton’s also littered the enchanted landscape with forgettable or annoying characters – the three pixies of Disney’s ’59 animated film devolve from adorable, amusing pips to annoying, useless caregivers.

Stromberg’s plodding pace helps little. He forever undercuts any tension he builds, and the film suffers immeasurably from lack of momentum.

He and Woolverton could have learned a lot from the flawed but watchable Snow White and the Huntsmen (2012), a film that sought to update the old fable with a larger focus on its great villain without de-fanging her bite. Instead, Maleficent takes the very strongest element of the Sleeping Beauty fairy tale and weakens it.

Look out, Darth Vader. At the rate Hollywood is corrupting our great villains, you’ll be singing show tunes in no time.

One thought on “No Badass is Safe”