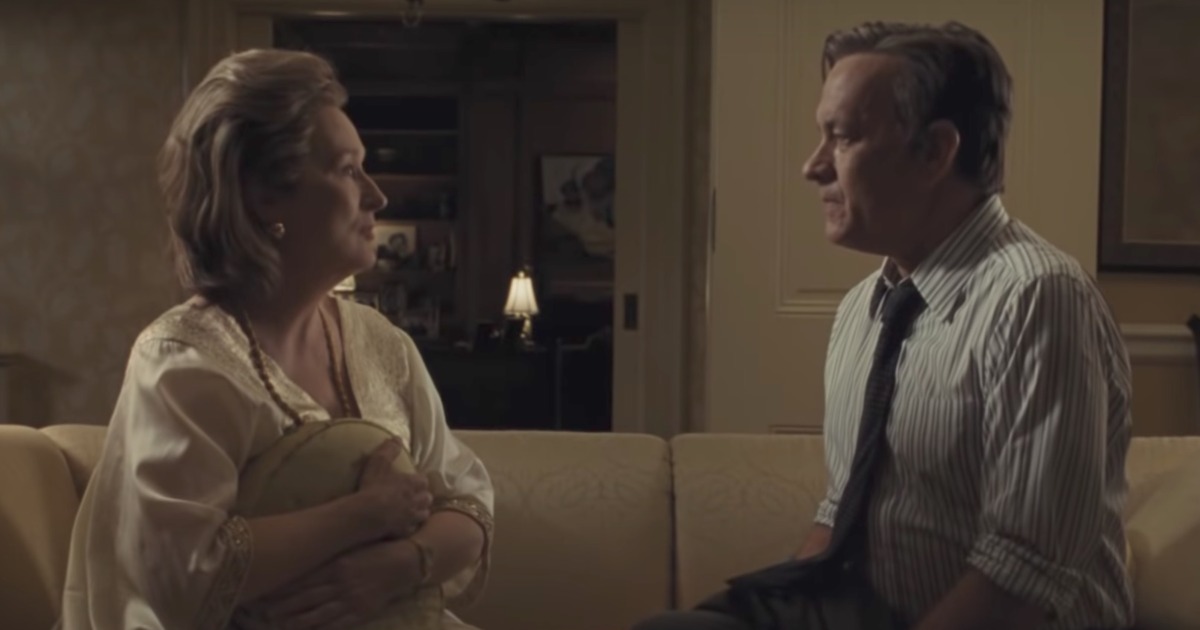 It is Oscar season, people, and we have a big story to tell. Assemble the heavy hitters!

Where do you go from there when you’re making the Big Important Film? The one with potential blockbuster legs?

It is official: The Post has it all, beginning with the almost-too-relevant story of a newspaper casting off its personal associations to hold the government accountable by sharing actual news with citizens of the United States and the world.

“If we live in a world where the government tells us what we can and cannot print,” says Ben Bradlee by way of Tom Hanks, “the Washington Post has already ceased to exist.”

The year is 1971. The New York Times has just published parts of the Pentagon Papers, a decades-long study that proves the government lied for years about what was happening in Vietnam. The Washington Post wants desperately to be seen as one of the big news outlets, so they’re working to publish similar content of their own when Nixon decides it’s in his purview to suppress the freedom of the press.

A timely reminder of the struggle to maintain an informed public, Spielberg’s latest is also a testament to Post publisher Kay Graham (Streep). The film offers an insightful image of her difficult road and her courageous actions.

Like Spotlight, also co-written by Post co-scribe Josh Singer (writing here with Liz Hannah), this story encapsulates a watershed moment in journalism. No, not the struggle for a free press. The introduction of profit into the mix. Part of the film’s tension comes from the fact that the Pentagon Papers became available at the same time that the Post was being made public, which introduces yet another powerful contributor toward determining what is and is not deemed appropriate news: money.

It’s a lot to tackle, but naturally, Spielberg has it all well in hand and he doesn’t limit his spectacular casting to Streep and Hanks. Look for great ensemble performances from Tracy Letts, Bob Odenkirk, Bradley Whitford, Sarah Paulson, Bruce Greenwood and about 30 others.

Spielberg’s passion and polish come together here as an expertly crafted rallying cry. He’s preaching to the choir, but he preaches so well.

2 thoughts on “Must Never Be Silent”