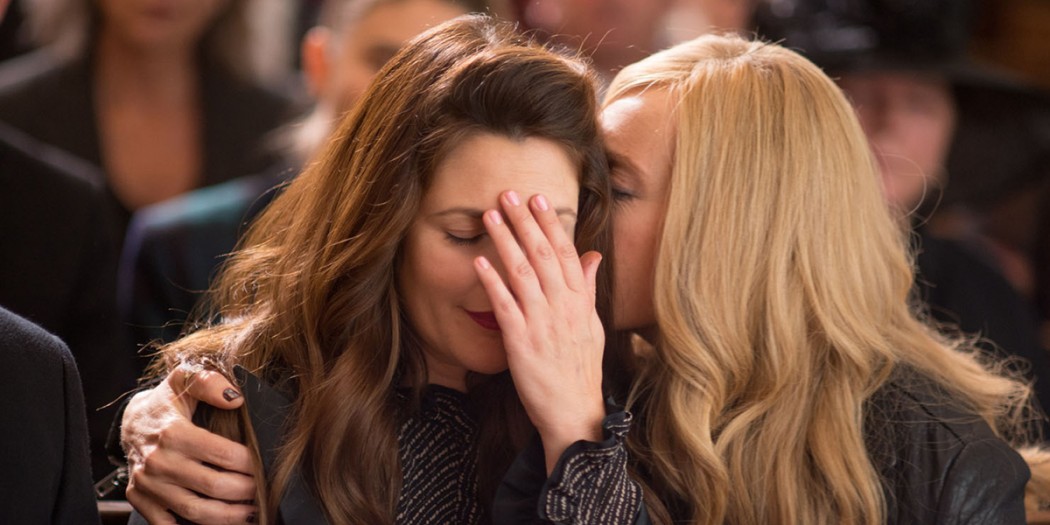 Sometimes a film will earn a hands-over-eyes moment, as you fidget in your seat from the awkward situation playing out on screen.

Other times, or in the case of Miss You Already, several other times, you’re just struggling to understand what about this project appealed to these actors.

Both Drew Barrymore and Toni Collette should be above this trite episode, but here they are, outperforming the script at every turn.

Milly (Collette) and Jess (Barrymore) have been best friends since childhood, when a family move to London made Jess the lone American in Milly’s grade school classroom. Director Catherine Hardwicke (Twilight) assembles a rushed introduction where opening montages and narration stand in for character development, and then it’s off the races with these two lovable crazies!

And we know they’re wild and unpredictable because Jess actually says “You’ve done some crazy shit in the past, but this..!”

Milly is married with kids, while Jess and her husband are struggling to conceive. Finally there is good news on the pregnancy test front, but it’s bad timing. Milly has gotten an unexpected cancer diagnosis, and all involved are struggling to understand just how to help Milly cope through a difficult time.

Absolutely nothing about Miss You Already feels authentic. Writer Morwenna Banks provides characters that don’t really talk to each other, they just trade witty repartee until it’s time to stop and get melodramatic about Milly’s illness. I’m not making light of cancer (I’ve had it), but a scene where Milly and her husband give a presentation to the kids about mom’s disease is almost cringe-worthy.

Completely forced and frequently maudlin, Miss You Already aims for heartwarming chick flick while landing squarely on warmed over weeper.