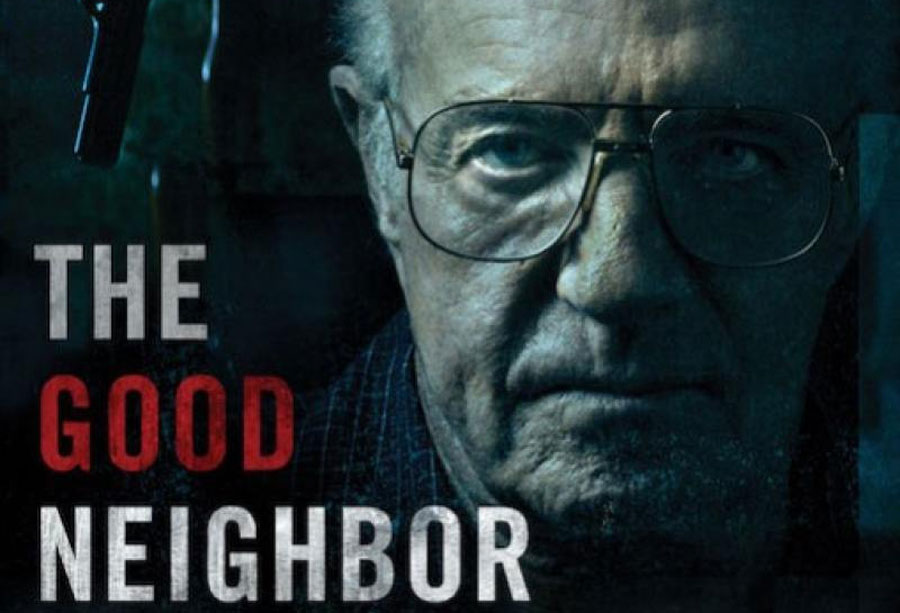 Yes, this sounds strangely familiar, and comparisons to the far superior Don’t Breathe will haunt Kasra Farahani’s feature debut The Good Neighbor. The two films vary wildly, though, for a number of reasons.

One of those is the pop psychology fueling Good Neighbor. The film’s premise is slight – two high school knuckleheads wire up a neighbor’s house to make it seem haunted, with the goal of observing his behavior and somehow becoming famous. Undergirding the plot, though, are a handful of interesting if underdeveloped themes.

Social media celebrity and the lacking morality that seems to come with it is certainly a thematic influence at work here, although Farahani doesn’t know how to weave it into his story. Ethan (Logan Miller) sees himself as a budding filmmaker and believes this unconscionable tormenting of the elderly as his road to YouTube fame.

His bestie Sean (Keir Gilchrist) is in it for – what, exactly? Science? Hard to say, and when Ethan wants to push things beyond Sean’s comfort zone, Sean’s unclear motive is one reason the film begins to unravel.

James Caan plays grumpy old Harold Grainey, the mean geezer across the road that the boys subject to the “haunting.” His character is primarily viewed from a distance – he’s entirely alone and being watched via surveillance cameras. Still, Caan delivers a skilled and deeply lonesome performance.

Generation gaps, the slippery nature of privacy as well as perception, and “what the hell is wrong with kids these days?” are all concepts toyed with in the film – none of them very successfully.

The problem is not solely the fault of Mark Bianculli and Jeff Richard’s screenplay, although it does begin there. The film doesn’t boast nearly enough jumps to register as scary, and the bend toward drama is too obvious to be effective.

The larger issue, though, is Farahani’s shifting tone. From found footage horror to courtroom drama to melodramatic flashback sequences, the film spins in so many directions you’re never sure what you’re watching.

You should probably just be watching Don’t Breathe.