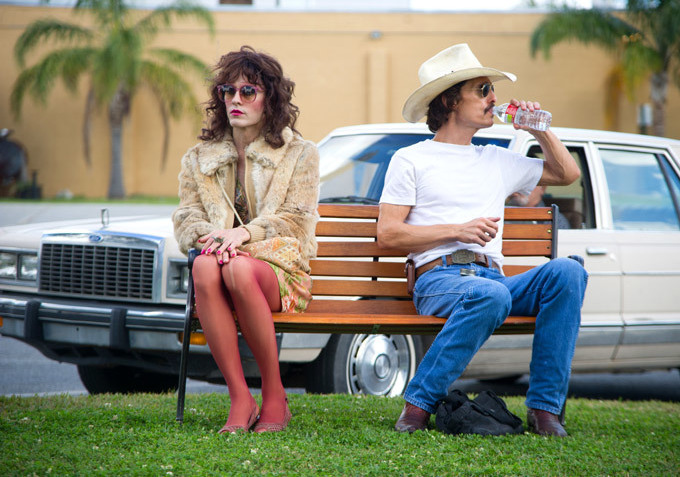 It took the man almost 20 years in the business to find his real calling, but god damn, Matthew McConaughey knows how to create a character. And Ron Woodruff was nothing if not a character.

McConaughey plays the role of the real life AIDS victim and Texan in the compelling and surprisingly entertaining Dallas Buyers Club.

Woodruff was a part-time bull rider, an occupation that almost defines him as fearless, determined, thrill-seeking, and probably not long for this world. He was man who “preferred to die with his boots on,” and he makes for an unlikely hero. After a lifetime of dangerous behavior on every level, Woodruff lands in the hospital with the news that he has HIV and a predicted 30 days to get his affairs in order.

Well, he saw that news as bullshit, and thanks to those defining characteristics, his subsequent journey makes for a singularly fascinating film.

A character-driven historical piece on the grinding reality of the dawning AIDS crisis, Dallas Buyers Club offers a glimpse at desperation, isolation, bigotry and resilience. Regardless of the facts, this is not the tragic story of a charismatic straight man struggling with AIDS. It’s the story of AIDS in Texas in 1985.

There is something formulaic, even predictable, about the film’s structure, and the screenplay speechifies here and there, but Jean-Marc Vallee’s understated direction and the performances of the entire ensemble buoy the effort above its “socially relevant biopic” label.

McConaughey’s charmingly assholish depiction is never less than compelling. He doesn’t make a saint of this man because there’s no saint to be made. What he makes him is human, an effort aided immeasurably by the supporting work of Jared Leto.

Leto plays Rayon, Woodruff’s reluctantly-accepted partner in a health care whirlwind. Their work together recalls the barbaric money grab at the heart of any attempt to cure those dying every day of AIDS. Quietly and with genuine tenderness, Leto’s performance reminds you that no one was defined by this disease alone.

Both actors are likely to be remembered come awards time, and some will point to Oscar’s preference for true stories and physical transformation. (Because of the weight lost for the roles, both McConaughey and Leto are almost unrecognizable.) Celebrating their superficial metamorphoses, though, limits their work. With the aid of a director’s steady hand and an ensemble’s quietly powerful work, they provide the heart and soul of an exceptional and surprisingly fresh true tale.