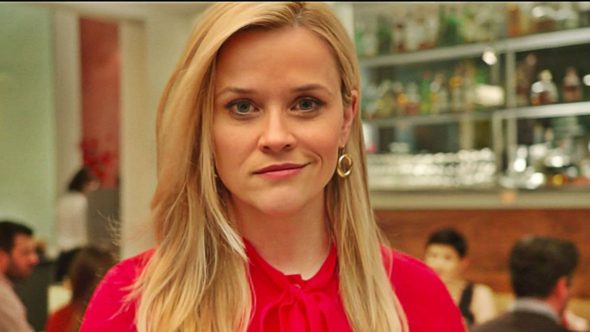 Let’s say you love Nancy Meyers’s movies – you know, those fantasies like It’s Complicated or Something’s Gotta Give where late-middle-aged women land all the attention, sex, career opportunities and marital comeuppance they’ve always really deserved, only to realize that they had it all in them the whole time. Let’s say you love those, but you’d like them to skew maybe 15 – 20 years younger.

Boy howdy, is Home Again the movie for you.

Written and directed by Meyers’s daughter Hallie Meyers-Shyer, it spins a familiar, albeit younger, yarn.

One contrivance leads to another and suddenly three Hollywood dreamers in the form of gorgeous twentysomething dudes hoping to realize their moviemaking ambitions are living in her guest house.

Why not? I mean, except for the high potential for murder and/or child molestation, but this isn’t that kind of movie. This is the kind that would never happen.

Gasp – do you think he’ll finally see how special she is? Will she hear all those things she’s wanted to hear from him for years? Will it work, or will she slowly realize that she deserves better?

Hell, she deserves it all!

I will tell you who deserves better—besides the audience—Reese Witherspoon.

How great was she earlier this year in HBO’s Big Little Lies? Well, she’s not great here. She coasts along with awkward and/or appreciative faces. She does have some fun chemistry with the underused (but always welcome) Candice Bergen.

None, surprisingly, with the usually reliable Sheen and less than none with the trio of hotties (Nat Wolff, Pico Alexander and Jon Rudnitsky) taking up residence.

It doesn’t help that those actors are bland (Wolff) to middling (Alexander) to weak (Rudnitsky).

No problem appears to be especially troubling, no solution feels earned, no relationship looks authentic. Even Nancy Meyers’s most self-indulgent work had a hard earned charm about it.

What Home Again needed was a different Meyers. That or a scary clown.

← The Screening Room: Just Clowning Around
Innocence Lost →
Scroll Up