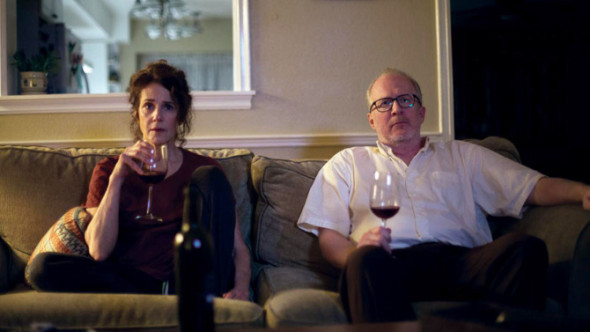 Just who are The Lovers?

Michael and his mistress Lucy? Mary and her boyfriend Robert? Or, could it be Michael and Mary, even after all those years of marriage?

Credit writer/director Azazel Jacobs for turning the romantic dramedy inside out, weaving sly writing and touching performances into a thoroughly charming take on the resilience of love and the frustrating struggle to pin it down.

Tracy Letts and Debra Winger are both wonderful as Michael and Mary, a dispassionate husband and wife who have grown to give each other only slightly more regard than the pieces of furniture in their suburban home.

Lucy (Melora Walters) is impatiently waiting for Michael to ask for a divorce, while Robert (Aiden Gillen) is expecting the same from Mary. Both are assured the time will finally come after the upcoming visit from Michael and Mary’s son Joel (Tyler Ross).

But when an old spark is reignited, suddenly it’s the Mr. and Mrs. who are sneaking away from their side pieces for some passionate alone time.

Such a premise could easily crumble into sitcom-ready zaniness, but Jacobs isn’t mining for cheap laughs. His script does have moments of effectively dry humor, but The Lovers is just as likely to uncover truths through a heavy silence.

Both Letts and Winger effortlessly wear the weariness of their characters. We may not know exactly why they’ve drifted apart, but the actors convey such a reliable authenticity we are rooting for Michael and Mary almost immediately.

The Lovers is sneaky in its casual nature. Through subtle storytelling and stellar performances, it finds meaning in places rarely explored this effectively, and a gentle confidence that frayed emotions can still bond.

Subscribe in a reader
← Fright Club: The Help
Lost at Sea →
Scroll Up