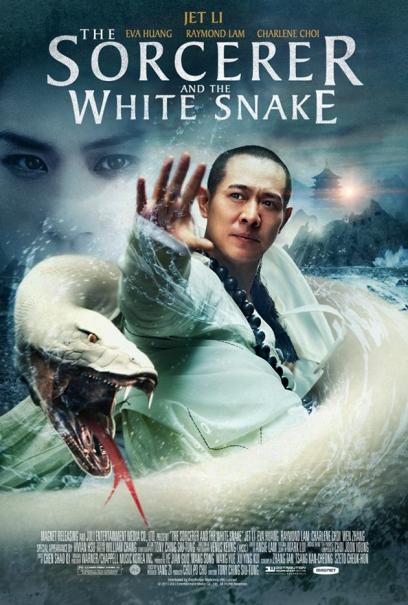 The White Snake demon (Eva Huang) falls for a human herbalist and takes on the form of a woman to marry him. A tenacious Abbot (Jet Li) committed to keeping all demons out of the human realm makes trouble for the newlyweds.

It’s a cross between Crouching Tiger, Hidden Dragon and Van Helsing – combining the colorful flying, swooping action of the former with the ludicrous monster preoccupation and even more ridiculous FX of the latter.

The film offers an interesting take on the events as they unfold in that it’s never clear which side to root for – both are as repellant as they are compelling. Oh, the rash audacity of love!

Any religious, moral or romantic considerations – ironic or otherwise – are treated so superficially, though, as to be almost invisible next to the eye candy of the computer generated action sequences. Altogether the film is a silly, sugary spectacle worth eyeballing on the big screen for true fans, but skipping entirely for anybody else.