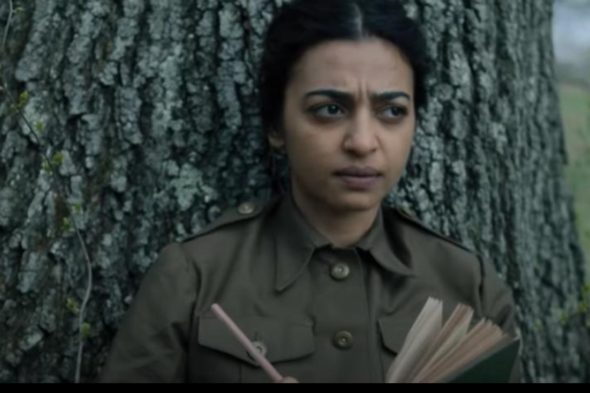 A Call to Spy

Finding a new way to tell a story set during World War II can’t be easy. Men on a mission? Loads of those. Pulpy action adventures? Some of the biggest movies of all time. Dramas exploring the depths of the human condition? We’ve all cried during these.

What about the true story of female spies sent to France as secret agents? Yeah, that sounds fresh, and thankfully A Call to Spy is just that.

Great Britain had its back firmly against the wall in the early days of WW II. The Blitz had nearly brought the country to its knees, and Germany’s occupation of France made the threat of invasion seem imminent. In desperation, Winston Churchill formed the Special Operations Executive (SOE), a new spy agency with one purpose: recruit and train women as spies.

A Call to Spy focuses on three women: Vera Atkins (Stana Katic), a Bavarian-born Jew, Virginia Hall (Sarah Megan Thomas), an American, and Noor Khan (Radhika Apte), an Indian Muslim. As the top recruiter, Atkins makes unusual choices in the other two. Hall is a wannabe diplomat with a wooden leg, while Noor is a pacifist. Within the grid of a taught spy thriller, A Call to Spy is mostly interested in how these three pushed back against multiple systems that found them to be less-than.

Writer and star Sarah Megan Thomas, along with director Lydia Dean Pilcher, weave this true story in such a way that each woman’s tale is given weight and purpose. Unlike many female- driven spy films, our protagonists aren’t scantily clad vixens. Their strength lies in their brains, their cunning and their resolve.

Thomas and Katic channel equal parts determination and vulnerability in their performances. They are leaders who know they have more eyes on them than their male counterparts. Apte’s Noor has the less flashy role that’s at times regulated to the sidelines for huge swaths of the movie. Her final few scenes are intense and devastating, though.

A Call to Spy jumps around so much that at times it does seem like large chunks of story are being left by the wayside. The character work is subtle and nuanced, but the narrative feels as if it’s tripping over its own feet. Those clunkier moments at times make the movie more resemble a trailer than a fully cohesive story.

With an interesting look at a true World War II story and captivating performances, A Call to Spy is able to overcome some narrative shortcomings to land as a tense spy thriller.