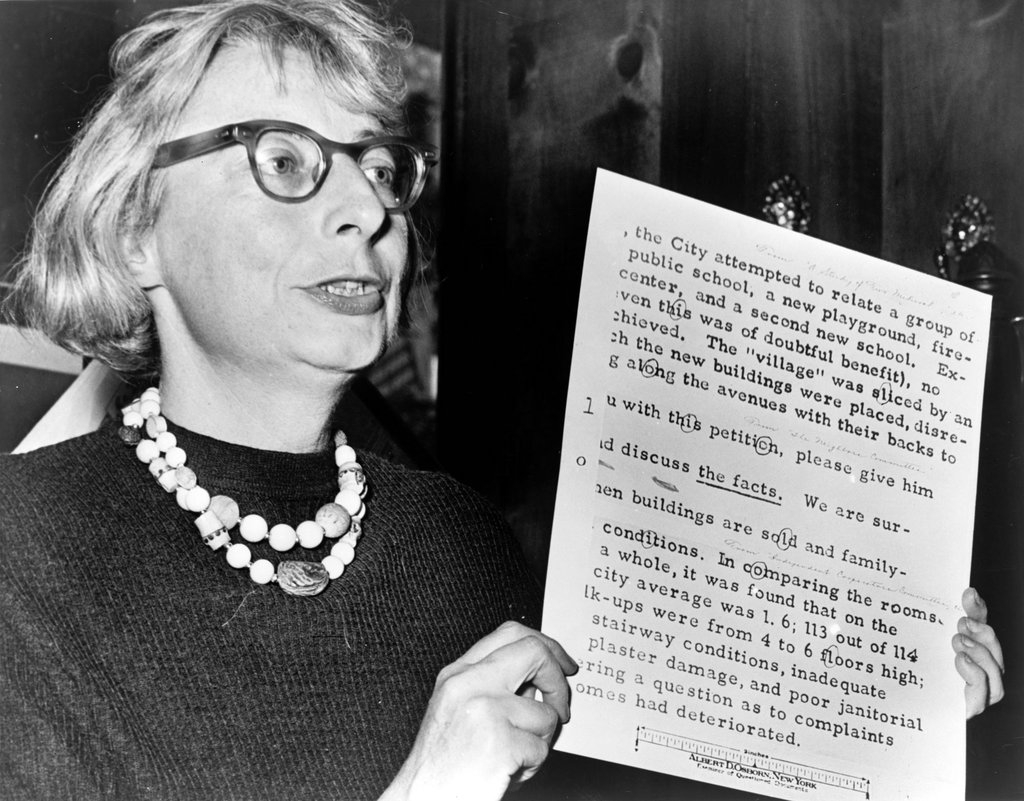 Citizen Jane: Battle for the City

When you think of a city, what is the first image that comes to mind? Great buildings rising into the sky or masses of people living, working and playing on the streets and sidewalks?

These two ideas form the diametrically opposing viewpoints of city planning and urban development at the heart of the documentary, Citizen Jane: Battle for the City.

The focus of Matt Tyrnauer’s doc is Jane Jacobs, a writer who studied urban development and the negative effects of urban renewal on formerly vibrant city centers. Her book, The Death and Life of Great American Cities, highlighted the ways the “top-down” approach to urban development ruined cities. Jacobs’s observations were based on her own experiences living in Greenwich Village, and on the large urban planning projects helmed by New York’s city planner, Robert Moses.

Using extensive archival footage, Tyrnauer paints the history of New York’s reconstruction starting at the end of World War II. Coming out of the Great Depression, the leaders of New York were eager to revive the city. For them, Moses was the man to undertake the massive project.

Citizen Jane highlights the detriment Moses’s plans brought to the people living and working in New York. Unfortunately, New York wasn’t the only city affected. Across the United States and the world, Moses’s vision was replicated.

Jacobs believed in a “bottom-up” approach to city development. Rather than taking a macro view, she advocated talking to the people who made up the city’s neighborhoods and using their input to move forward.

The documentary’s many interviews with architects, city planners, and historians back Jacobs’s views. Scenes of empty apartment buildings, desolate streets, and cities dissected by sprawling highways underscore the failure of Moses’s plans. On paper, the cities look vibrant, but in reality, they’re empty shells.

The cinematography blends well with the story Tyrnauer tells. Cities are portrayed as living, breathing ecosystems, emphasizing Jacobs’s writing. It’s clear that Tyrnauer understands the city as Jacobs saw it.

For both, the city isn’t a lifeless collection of buildings; it’s the vibrant heart that beats in the people who live there.