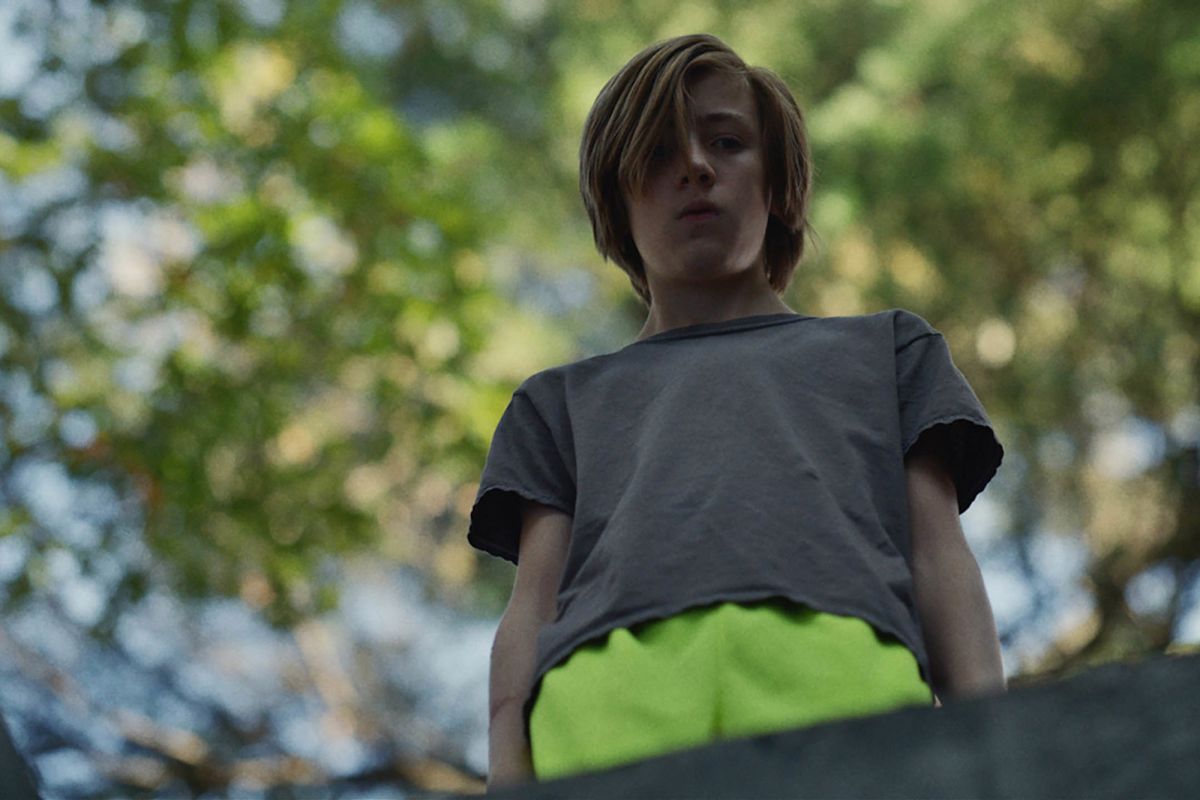 John and the Hole

Adolescence can be tough. It’s a confusing time, and the fantasy of skipping those awkward years entirely and just being an adult can be heady stuff—especially to John (an unnerving Charlie Shotwell).

When the 13-year-old John stumbles across a deep, unfinished bunker in the woods not far from home, he drugs his family then deposits it, leaving him king of the castle, so to speak.

And leaving his family none the wiser in a hole.

Director and visual artist Pascual Sisto’s feature debut John and the Hole spends a week or so with John as he devises and executes this plan to be the grown-up for a while. Sisto’s working from a script by Nicolás Giacobone, a writer known for dreamlike beauty and cruelty (Birdman, The Revenant, Biutiful).

Dreamlike beauty and cruelty are absolutely in Sisto’s wheelhouse, and he adds Lanthimos-esque absurdism to the effort that makes the film almost funny as well as horrific.

Shotwell’s performance keeps you on edge, unsure of what young John might try next. The performance never veers into easy psychosis or villainy, although it’s undoubtedly the responses of his parents and sister that provoke the most intrigue.

Even in the hole.

It’s a fascinating dynamic, one that defies expectation and gives the film a fable quality that suits it. Some details will certainly frustrate viewers, but the overall impact of Sisto’s measured coming-of-age nightmare is chilling.

Sisto’s tale never tries to explain John’s behavior, and Shotwell’s performance certainly doesn’t shed much light. The film keeps the audience at arm’s length from the first shot through the dining room window to the last shot back at that dinner table.

There’s a chilly beauty to this ambiguity. Between that and an entire ensemble of spot-on performances, you can almost forgive the specificity and resonance the film gives up in favor of this vagueness.

John and the Hole is a head-scratcher and a fascinating addition to the troubled adolescent subgenre.