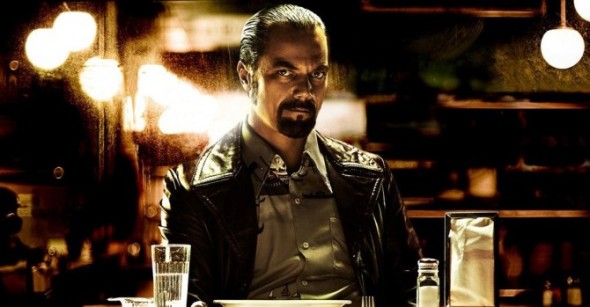 He has one Oscar nomination (Best Supporting Actor for Revolutionary Road in 2009), co-starred on HBO’s Boardwalk Empire, scored a recent viral hit reading that crazy sorority email on video, and is about to battle Superman as General Zod in the upcoming Man of Steel. Still, Michael Shannon may be the best actor nobody knows.

He has been flat out great in films no one saw (Bug, The Runaways) and was nothing short of astonishing in Take Shelter, another film that, tragically, few learned about.

And, he’s great again in The Iceman, though the chances of the film attracting a wide audience may also be slim.

It is the dark, violent, true-life story of Richard Kuklinski, a contract killer who murdered an estimated 100 people.

Shannon plays him with a simmering intensity, daring you to look away as Kuklinski is casually drawn into a deadly profession. Rising from a violent childhood, Kuklinski cares only for his wife and children, showing no remorse as his body count rises.

In one chilling scene, he grants a soon-to-be-victim time to pray for his life. Kuklinski stands idly by, full of contempt as he openly challenges God to stop him.

To fit the story, Vroman keeps the setting smokey and grim, creating a chilling dichotomy of the loving family man who kills without sympathy, and asks for none in return.

You’ll find no happy endings from The Iceman, just a hypnotic tale anchored by another stellar performance from “that guy” named Michael Shannon.