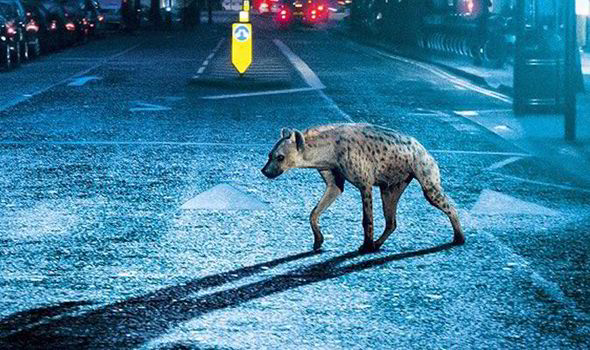 Michael Logan (Peter Ferdinando) makes a lot of arrests. Yes, he plants some evidence, keeps a little off the top for himself, and stuffs more drugs up his nose than most people could fit into the trunk of a car, but that doesn’t make him a bad cop.

Maybe it does, actually, but more to the point, it’s all catching up to Logan right now. The Turk he’d been doing business with is dead, which means he has to start all over again with the brutal Albanians. Meanwhile an internal investigation is mucking everything up.

This grey area where he lives is getting darker all the time. No need to fret. He’ll get it sorted.

The film Hyena’s success is due in part to Peter Ferdinando’s conundrum of a performance. Though the character is likely beyond redemption, Ferdinando keeps you hoping as it seems he may be hoping himself.

This is not the first collaboration between filmmaker Gerard Johnson and star. Their 2009 serial killer flick Tony proved that Johnson can find a new way to tell a familiar story, and their collaborations side by side show Ferdinando’s impressive range.

His inner turmoil is forever on display, and while you want to believe it’s his moral compass finally trying to point north, you’re at least equally convinced he’s just worried about his own skin.

Between the ride along camera and jarringly meticulous sound work, Johnson immerses you in Logan’s spinning, seedy world in a queasying way. His anxious camera makes you feel as sickly, involved and trapped in this sketchy, bloody business as Logan. His synth-heavy score is equal parts debauched party and regret-filled hangover.

Yes, there are many familiar elements: dodgy cops, Albanian crime lords, gritty crime in an urban underbelly. And it’s not really as if Johnson takes a particularly unusual perspective, or that his insight is greater, or that his film offers anything utterly unique. He just tells this particular story better than most.

The provocative ending could not have worked without Ferdinando’s conflicted, enigmatic performance.

Bad decisions and the traps they lay, that’s the bleak and bloody tale of Detective Inspector Michael Logan. His life is spinning wildly out of control and you’re invited to witness it.