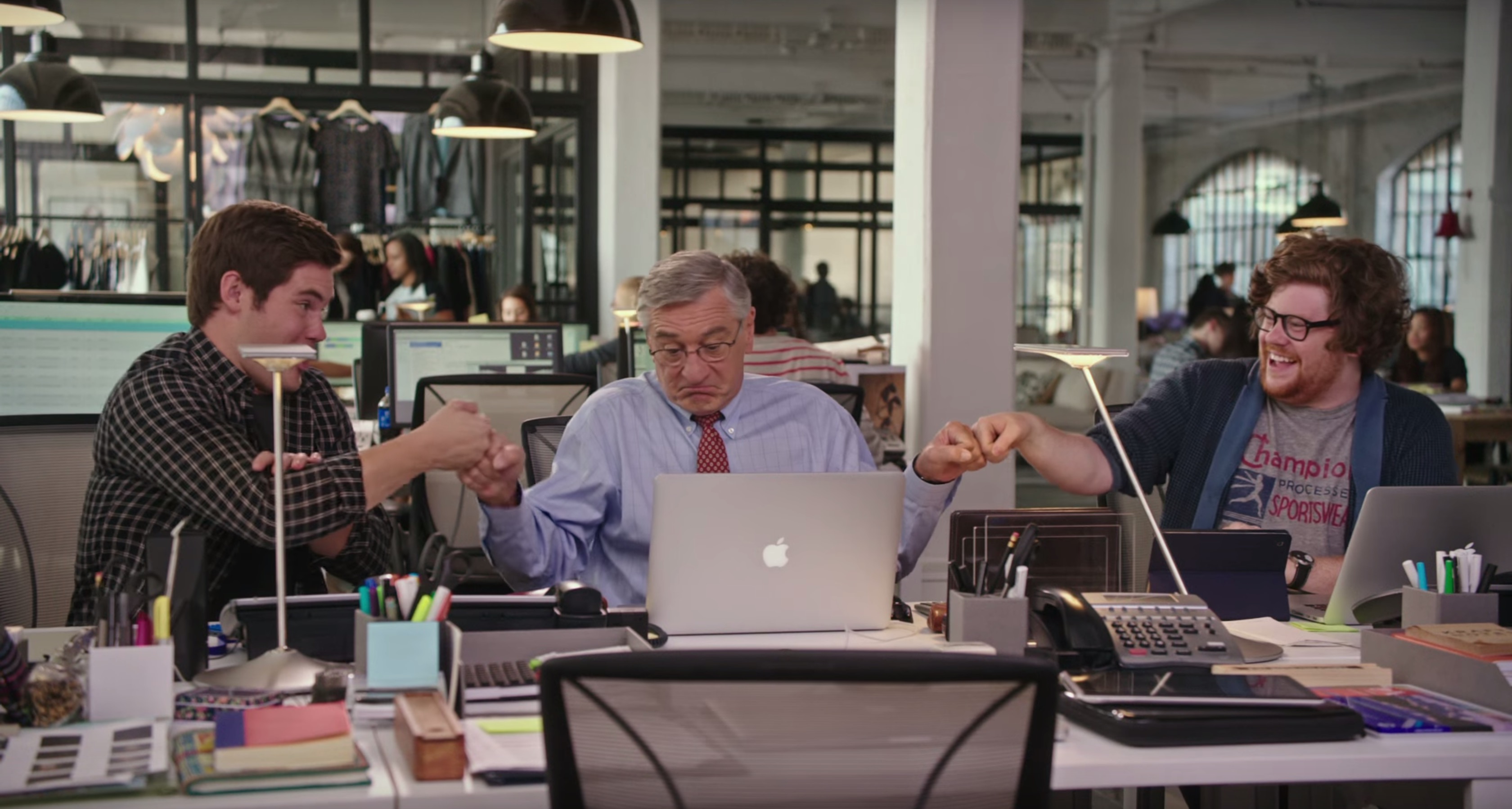 If you need a feel-good romantic comedy about rich white people aging friskily, Nancy Meyers would be a safe bet to bring it.

With both Something’s Gotta Give and It’s Complicated, writer and director Meyers leaned on veteran talent (Jack Nicholson, Diane Keaton, Meryl Streep, Alec Baldwin) to get the most out of amusing scripts that were fun first, feeling later.

She tries to bring the same formula to The Intern, but ends up pushing much too hard to manufacture something that just isn’t there.

Again, her A-listers aren’t too shabby. Robert DeNiro is Ben, a retired widower who needs something to do. Anne Hathaway plays Jules, the founder of an online clothing company that’s growing like a weed. Jules forgets giving the green light to a senior internship program (“Seniors in high school? No, seniors in life!”) and isn’t really thrilled when the 70 year-old Ben is assigned to assist her personally.

Not a thing wrong with pointing out how much older citizens still have to offer, but Meyers never wants her films to make you think too much. The Intern gets buried under shallow contrivance and outright silliness.

You don’t for one second believe Jules is the tough-as-nails workaholic taskmaster we’re told she is, and the entire workplace smacks of an overly rehearsed training video for hipster boss dot com. Ben? He might as well be Santa Claus, gifting life lessons to all he encounters, as his co-workers pose like department store mannequins and look on in amazement.

It all hits an embarrassing low point when Ben takes three of them on a needless adventure that leads to calling each other “Clooney” and “Affleck’s brother” while pretending they’re in Ocean’s Eleven. With a running time of two full hours, this 20 minutes would be welcome on the cutting room floor.

DeNiro and Hathaway give it their all, but like the rest of us, they seem to be waiting for the human moments that Jack or Meryl got to work with. They never come, replaced instead with empty speeches about “getting lost” while finding out “who I am.”

Rene Russo’s small part is a much-needed boost, and her scenes with DeNiro suggest where Meyers could have built a better movie, forgoing the younger generation that she can’t write nearly as well. As it stands, most everything about The Intern feels fake, and considering the resumes involved, that’s a big letdown.