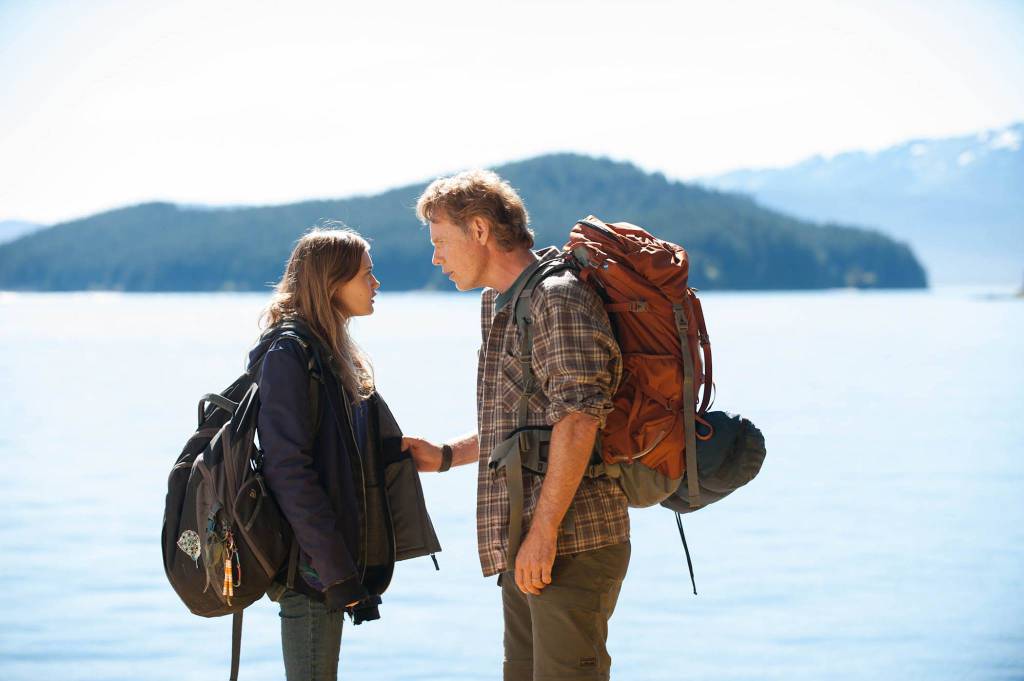 The movie Wildlike has the pace and emotional warmth of a glacier grinding down the slopes of Denali.

The first full-length feature from writer/director Frank Hall Green, the film follows Mackenzie (Ella Purnell, Maleficent), a 14-year-old girl sent to live with her uncle in Juneau while her widowed mother makes a stint at recovery.

The relationship, at first tender, soon becomes creepy and emotionally manipulative and Mackenzie flees. She spends the remainder of the movie stoically trying to get herself back to her mom in the lower 48. Ultimately, she ends up more or less stalking this poor widower (Bruce Greenwood, Star Trek) who’s on a solo hiking trip to mourn his ex wife. Mackenzie spots his return ferry ticket to Seattle, and after that adheres herself to him like a tick, and they wander about the – admittedly beautifully shot – Alaskan wilderness.

Although at first determined to get rid of her, the dude ultimately becomes a kind of surrogate dad. At least he rejects her awkward attempt to sleep with him, anyway.

The two bond for some reason—he tells her about his regrets and she…looks at him with watery, mascara-rimmed eyes.

The film has been praised for its minimalism and Purnell’s nuanced performance, but without seemingly necessary dialogue to flesh out Mackenzie, Purnell’s emotional restraint suppresses the character development necessary to understand why her travelling companion doesn’t simply turn her over to child protective services at the first available opportunity.