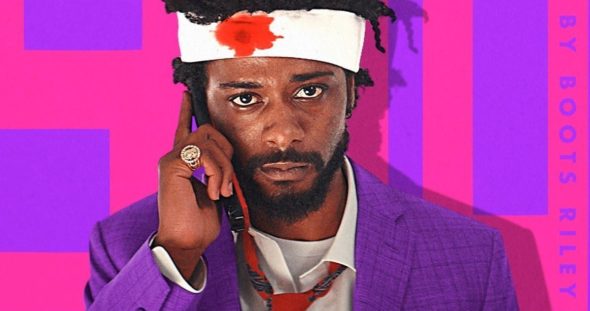 The stars are aligning for Boots Riley. The vocalist and songwriter for The Coup—the funkiest radical socialist band you’re likely to find—has managed to produce a wild and relevant satire of capitalism that might possibly find a mainstream audience.

And that’s not because he whitewashed his message.

Sorry to Bother You uses splashes of absurdity and surrealism to enliven the first act “pull yourself up by your bootstraps” tale of a weary young man’s ascension through the ranks of telemarketing. It is a funny and pointed send-up of cubical hell that—unlike most office comedies—focuses quickly on a system that benefits very few while it exploits very many.

There is so much untidiness and depth to relationships, characterizations, comedy, horror, style, message and execution of this film that you could overlook Riley’s directorial approach. He expertly uses the havoc and excess, first lulling you into familiar territory before upending all expectations and taking you on one headtrip of an indictment of capitalism.

Led by Lakeith Stanfield (Get Out, Atlanta) and Tessa Thompson (star of Creed, Thor: Ragnarock and her own gleaming awesomeness), Sorry to Bother You finds an emotional center that sets the friction between community and individual on understandable ground.

And who better to embody everything a capitalist system convinces you is ideal than living Ken doll Armie Hammer? He is perfect—an actor who entirely comprehends his physical perfection and how loathsome it can be. He is a hoot.

Riley’s film could not be more timely. Though he wrote it nearly a dozen years ago, and it certainly reflects a trajectory our nation has been on for eons, it feels so of-the-moment you expect to see a baby Trump balloon floating above the labor union picket line.

Bursting with thoughts, images and ideas, the film never feels like it wanders into tangents. Instead, Riley’s alarmingly relevant directorial debut creates a new cinematic form to accommodate its abundance of insight and number of comments.

Does it careen off the rails by Act 3? Oh, yes, and gloriously so. A tidy or in any way predictable conclusion would have been a far greater disaster, though. Riley set us on a course that dismantles the structure we’ve grown used to as moviegoers and we may not be ready for what that kind of change means for us. Isn’t it about goddamn time?