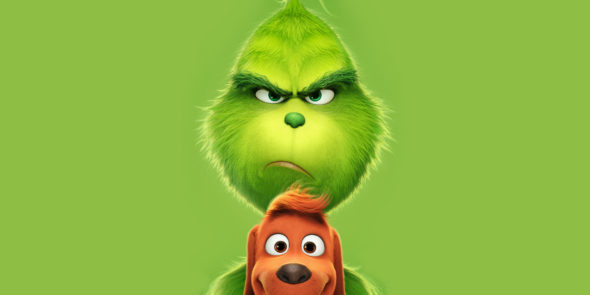 Before we get to the Whos, let’s consider the Whys.

Is it too much of a GOML (Get Off My Lawn) moment to ask why, beyond the obvious cash grab, The Grinch has to be redone? The original, How the Grinch Stole Christmas, is 25 minutes of perfection, an animated TV classic that was already the subject of a charmless live action update for the big screens of nearly 20 years ago.

Now we’re back to animation, and facing the same quandary.

How do you add an hour of narrative that is more than just filler, substantial enough to not dilute what made the original work so simply joyous, so universally touching?

In 2009, Spike Jonze showed it can be done, delivering a wondrous and emotional take on Where the Wild Things Are.

But in this latest re-imagining of The Grinch, what writer Michael LeSieur and Tommy Swerdlow giveth only ends up taking away.

We’re still told the heart of Mr. Grinch (voiced by Benedict Cumberbatch) is two sizes too small, yet we’re given a new backstory for additional explanation as to why he hates Christmas so much.

His heart is two sizes too small, didn’t you hear? That’s the reason! Well, it should be, but then we see the Grinch do little acts of kindness for his dog Max and some other creatures, meaning the whole idea of Mr. Grinch being such an unpleasant misanthrope (and thus the impact of the story’s entire resolution) is compromised early.

The narration (courtesy of Pharrell Williams) includes some of the delightful Dr. Suess wordplay from 1966, plus some fresh attempts to imitate it that, as you might guess, stand out like a ten dollar Rolex. Mr. Grinch’s ultimate change of holiday heart doesn’t fare much better, as he and Cindy Lou Who (The Greatest Showman‘s Cameron Seely) spend ample time hammering home a message that, while still welcome, shouldn’t require that much force.

Directors Yarrow Cheney and Scott Mosier craft a few giddy sequences set among the snowy terrain of Whoville, and SNL’s Kenan Thompson squeezes as much humor as he can from his role as the Mean One’s erstwhile “best friend,” but for anyone hoping to recapture the magic of a holiday standard, The Grinch is nearly as empty as Cindy Lou’s living room on Christmas morn.