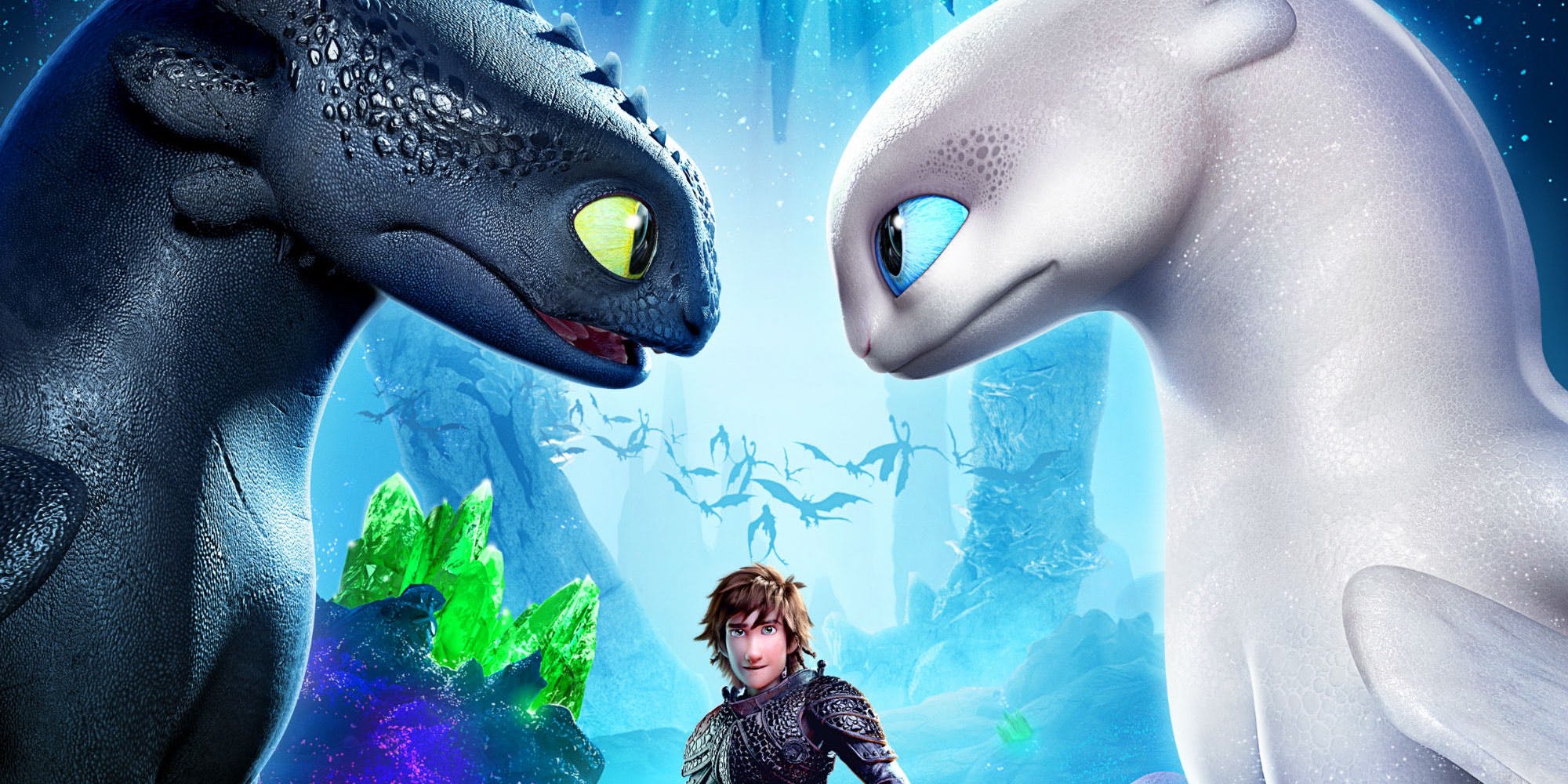 I usually like to steer clear of spoilers, but I really need to warn you…this film contains gratuitous dragon flirting.

It’s cute, but The Hidden World offers so much more than just cute, and more than enough substance to solidify the entire Dragon saga as a top tier film trilogy.

Writer/director Dean DeBlois is back to finish what he started in 2010, and continued in 2014. He picks up the tale one year after the close of HTTYD 2, when our hero Hiccup (voiced by Jay Baruchel) finds that his pal Toothless isn’t the only Night Fury dragon, after all.

This new one is a Light Fury, she’s a charmer, and Toothless is in love.

But all of Hiccup’s dragon friends are in danger, none more than Toothless, thanks to the bloodthirsty Grimmel (F. Murray Abraham) and his batallion of dragon hunters. To continue living in peace, Hiccup and his entire village must find mythical dragon birthplace The Hidden World before Grimmel does.

There is real tension here, along with warm humor, thrilling action pieces and resonant themes backed by genuine emotion.

As you realize Hiccup is leading a group of wartime refugees, the bittersweet coming-of-age tale moves to the forefront. We’ve watched Hiccup move from losing his father (Gerard Buter) to finding his mother (Cate Blanchett) to becoming a father figure for the orphaned Toothless. Now, he may have to let his best friend go and remember that “with love comes loss, it’s part of the deal.”

These themes may not be new, but DeBlois handles them with an understated poignancy that hits the feels, leading to a breathless emotional high point reminiscent of Toy Story 3‘s classic “holding hands” throat-lumper.

Packed with excitement, sincerity and visual amazeballs, The Hidden World ties a can’t-miss ribbon on a wonderful trilogy.