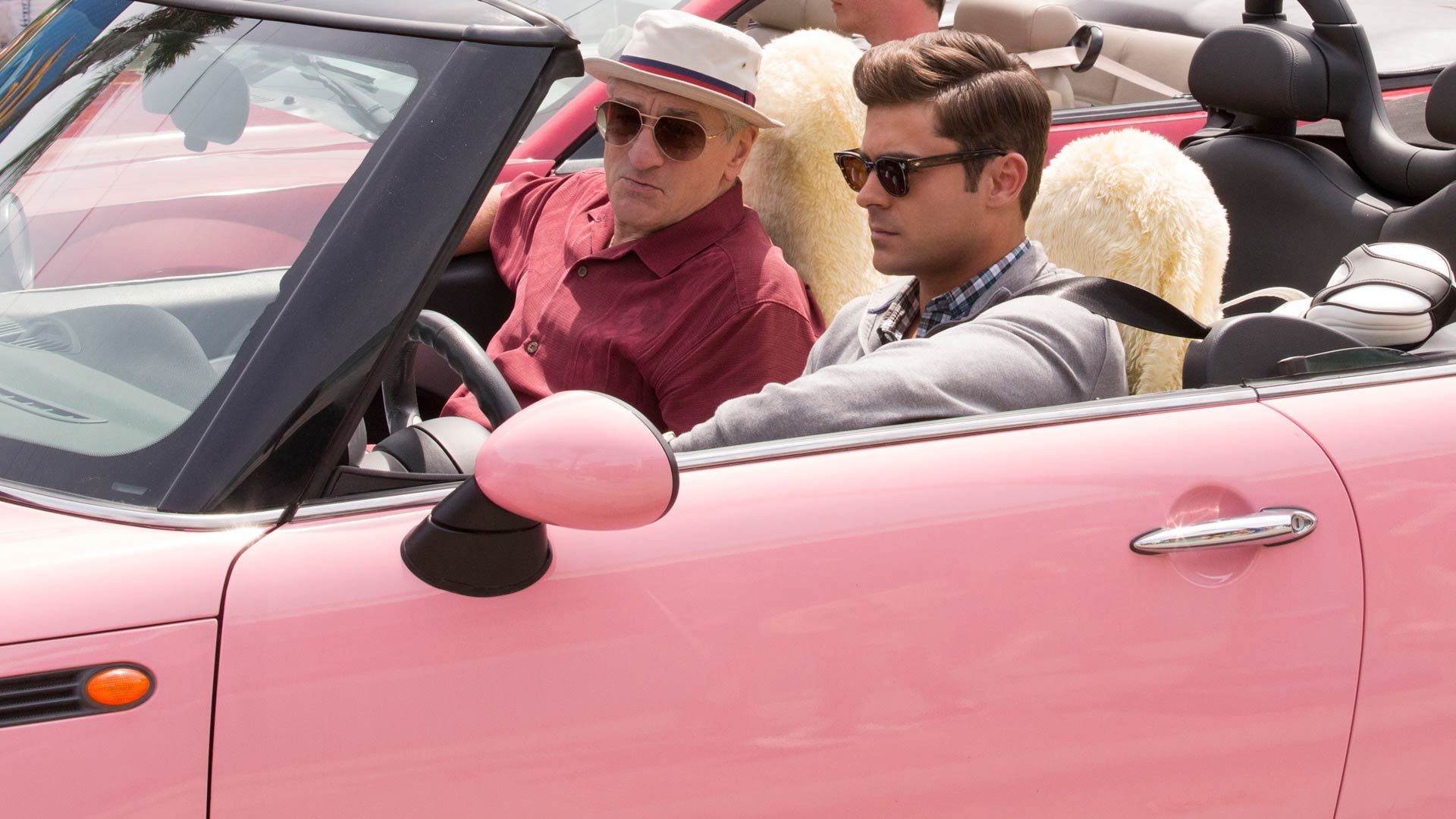 Hey, I’m a simple man. When I see a guy in a horse head mask, I laugh.

Dirty Grandpa has a guy in a horse head mask, along with plenty of other funny business to offset the weak spots.

By the way, that “dirty” in the title is not there just for show. Grandpa (Robert DeNiro) is definitely dirty, and he has ladies on his mind about five minutes after his wife’s funeral. Playing the guilt card, he convinces Jason, his yuppie lawyer grandson (Zac Efron), to drive him down to Florida for a little family bonding.

And by “bonding,” Gramps means partying in Daytona for spring break, where he tries to get “Alan Douche-owitz” to forget his upcoming wedding and be Grandpa’s wingman.

As Lenore, a young spring breaker with a blank space next to “old man” on her to-do list, Plaza goes toe to toe with DeNiro in a riotous series of hilariously awkward who’s-gonna-blink-first exchanges. Their interplay is the consistent high point of the film.

The well of certain jokes is revisited once too often, and director Dan Mazer overplays his attempt to be an equal opportunity offender, as some of the gags – particularly those with sexist leanings – take on mean spirited edges. In a similar vein, “laughing with” quickly turns to “laughing at” when Grandpa grabs the mic for some painful rapping on karaoke night.

Jason’s relationship with his bitchy fiancé Meredith (Julianne Hough) is lifted straight from The Hangover, and expect the requisite mood music when it’s time for life lessons about fatherhood, chasing your dreams, and true love.

Will Jason be inspired to put aside what others expect from him and follow his heart? Can Jason’s attraction to cute coed Shadia overcome the complete lack of chemistry between Efron and co-star Zoey Deutch? Will Lenore and Grandpa get busy? Just who is under that horse head mask?