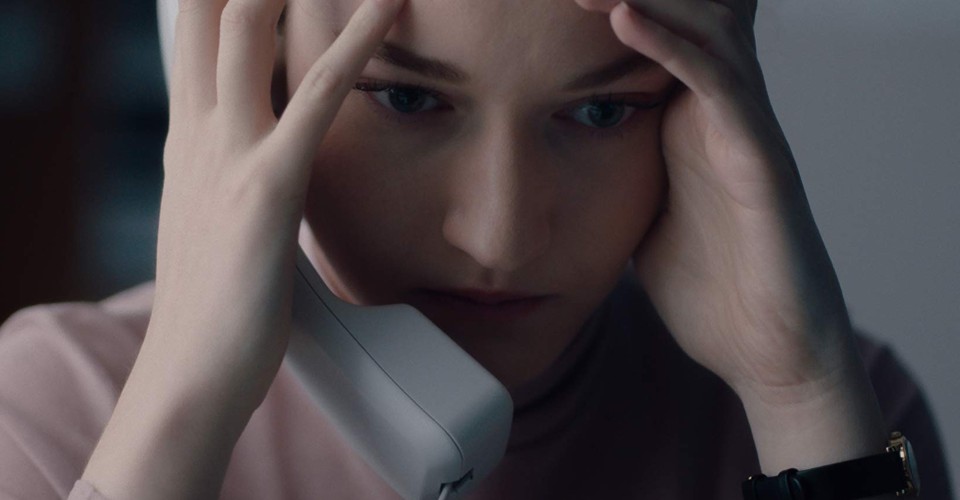 One of the more depressing aspects of maturity is the realization that evil is somewhat banal. Rarely does the antagonist sport a handlebar mustache that he twirls while ogling the victim he’s tied to the railroad tracks. The heinous are more ubiquitous and their misdeeds are cliched. The soul is crushed, not under a train, but under the repetition of many predictable, everyday disappointments.

Kitty Green’s The Assistant is a day-long coming-of-age story. Jane (Julia Garner), the titular assistant, has held her job for five weeks. We follow her from her bleary pre-dawn commute till she shuffles away from the office hours after sunset. She’s entry level at a New York production company, one of many assistants to an entertainment bigwig with a well-used casting couch.

Concerned about a young and potentially vulnerable new-hire, Jane tries to alert folks at Human Resources. But there are no heroes at corporate.

Garner carries the film with a nuanced performance that illustrates the exhaustion of a woman who represses much of herself in order to navigate a culture that normalizes predatory behavior and rewards complicity.

Informed by Green’s research and interviews with women post-Weinstein at technology and engineering companies as well as those in entertainment, The Assistant explores the machinery involved that works to normalize toxic work environments, that exchanges tolerance of bad behavior for a modicum of opportunity.

Green’s background in documentary (Ukraine Is not a Brothel, Casting JonBenet) serves her well here. She’s got an eye for the tiny but not so insignificant details that give an office its character—whether people decide to talk or to stay silent when a co-worker enters the breakroom, who gets off the elevator first, the aggression not so subtly hinted at by sliding a box of tissues across a desk.

It’s a hard film to watch that explores what, besides our time and labor, we are trading in exchange for a paycheck.