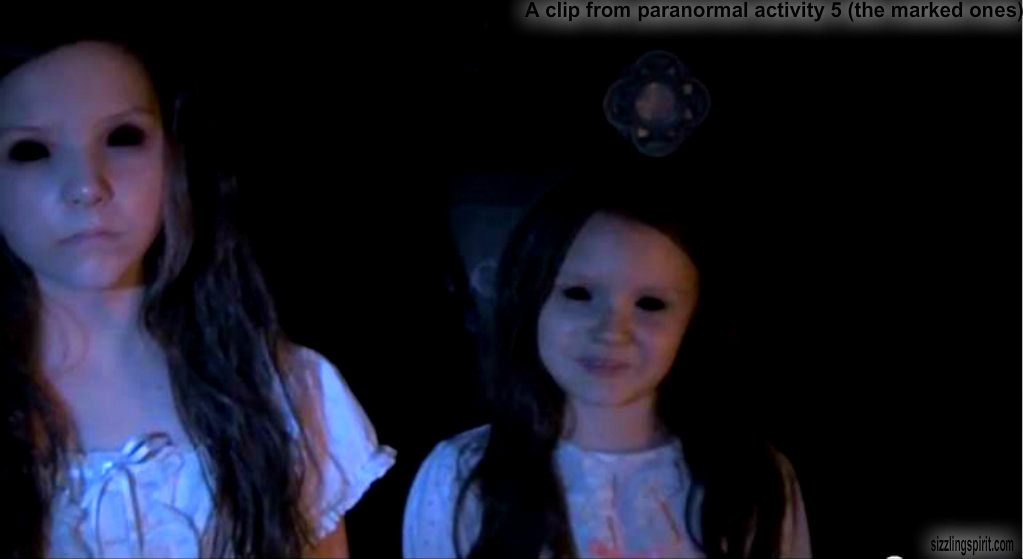 Paranormal Activity: The Marked Ones

Covens are fun! Not to join – that would just be poor decision making on your part – but for sheer entertainment value, they make fine fodder. Just ask Jessica Lange.

And so it was with cautious optimism that I approached the 5th installment in the Paranormal Activity franchise, The Marked Ones.

What do we know so far? There’s a demon. It likes Katie. It hates Micah (who doesn’t?!). It and Katie took Hunter. Back in the day, that demon knew the very wee Katie and her sister Kristi because of a coven. Back to present time, Katie and a weird little boy move in next door to a family, who meet the coven. (It doesn’t go well for family.) What next?

We now leave the inner Katie/Kristi/Hunter circle for a moment because the demon is casting a wider net, with the mysterious coven’s help. That net has nabbed Electronic Simon Game enthusiast Jesse (Andrew Jacobs).

Longtime PA screenwriter (and son of Highway to Heaven star) Christopher Landon takes on directing duties this go-round. Thanks to his writing beginning with the first sequel, the series has taken on a reasonable franchise narrative. Unfortunately, he is still saddled with the found footage gimmick that made the original so effective.

Jesse gets a camera for his high school graduation, and he and his BFF Hector (Jorge Diaz) film a lot of crap. While dancing with Jesse’s dog, they notice some nutty sounds coming from the downstairs apartment – where the witch lives. They investigate. Bad plan.

Landon evokes some decent scares, and has fun with the handheld while Jesse first learns of the otherworldly visitor who is much less fun than he originally seems. Bursting with the misguided belief in their own indestructibility, both Jesse and Hector seem realistically teenaged and their terrible choices actually feel relatively honest given the fact that kids are stupid.

The film takes some time to get rolling, and it saves too many of its scares for the third act – at which point the handheld camera becomes a real distraction because most people would put down the camera and flee.

Note to regular PA fans:  there’s no point waiting through the credits on this one, as there is no extra scene. That, coupled with the full circle aspect of the ending, suggests that PA5 might just put a ribbon on the franchise. Not likely – the series will release another installment in October.

Slow in spots and hardly groundbreaking, The Marked Ones still manages to entertain and startle.

It’s January. This may be the best we do for a while.