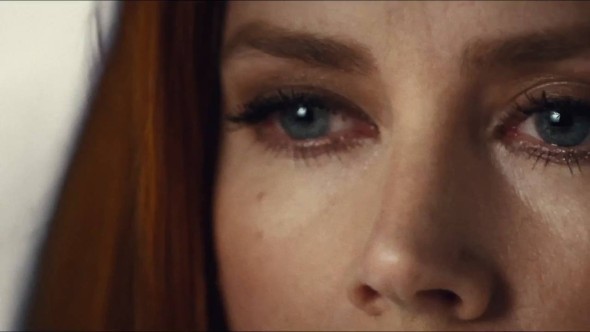 Style, elegance and crippling loneliness – though Tom Ford’s two films seem to be wildly different beasts, the same solitude and heartbreak inform both.

Like George (Colin Firth) in Ford’s incandescent 2009 feature debut A Single Man, Susan (Amy Adams) is at a crossroads in life with a future that looks unbearably grim.

Nocturnal Animals follows present-day Susan, a successful gallery owner struggling to keep up appearances in her marriage and finances, who’s surprised to receive a manuscript written by her first husband, Edward. Alone in her austere LA home, she reads through the night.

We flash occasionally to the Susan of 20 years ago (also played by Adams), just settling into a nurturing romance with Edward (Jake Gyllenhaal) – the sensitive writer dubbed “too weak” by Susan’s mother (played with bitter relish by Laura Linney).

But most of the film is dedicated to Edward’s novel, Nocturnal Animals.

Unlike the over-the-top style of the film’s “real world,” the novel-come-to-life has its own aesthetic – dusty, sunburnt and chaotic. As the novel’s hero Tony – also played by Gyllenhaal – drives through West Texas with his wife and daughter, he runs afoul of three not-so-good-old-boys.

Adams-lookalike Isla Fisher plays Tony’s wife, which hints at the themes driving the ex-husband’s work. The internal narrative plays like an arthouse twist on a traditional testosterone-laden revenge fable – and the film itself is about revenge, to a degree, just not the kind you might find in Charles Bronson’s Death Wish.

The world Ford creates inside the novel is its own surprising destination, playing with preconceived notions and haunting us with one startling image after another. The always wonderful Michael Shannon, along with a freakishly believable Aaron Taylor-Johnson, give the novel’s screen time a current of authenticity and terror.

Gyllenhaal and Adams – two of the strongest actors in film today – work wonders. Playing the same character caught twenty years apart, Adams reflects both the change the decades have left on Susan, as well as those elements of her personality that remain with her.

Gyllenhaal is likewise nuanced and powerful. While his two characters are separate entities, they are, in many respects, the same person. The strength across the film – and also its weakness – is the way the internal narrative informs and is informed by the real world of the characters.

The structure, the style, the sound – every aesthetic choice – is meticulous, but there’s a tidiness in the manufacturing of the movie that makes the way themes play out feel too orderly.

It’s a minor flaw, but it’s enough to keep Nocturnal Animals from reaching noir/pulp/arthouse mash-up heights of Blue Velvet or Drive. It’s not enough to keep it – particularly its many award-worthy performances – from being remembered at the end of the year, though.

← Not So Secret Santa
Beltway Badass →
Scroll Up