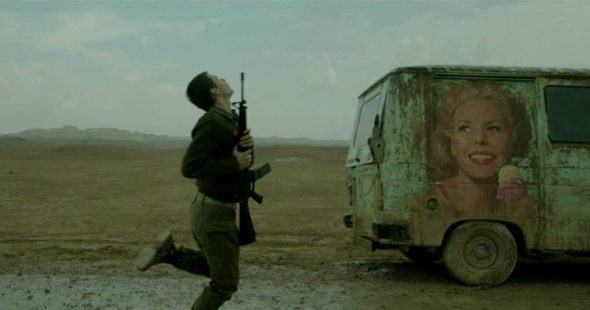 Jonathan (Yonaton Shiray), a soldier in the Israeli Army, is going about his mundane duties in a remote outpost when a tragic twist of fate occurs. Jonathan’s father Michael (Lior Ashkenazi delivering his usual excellence) and mother Daphna (Sarah Adler – also terrific) take the news of the accident, along with the news of a second, very unexpected development, very differently.

Let it in, and this film will reveal layers of meaning and a lasting grip. Through Foxtrot, Maoz and his stellar performers are speaking with a stylish and bittersweet elegance.