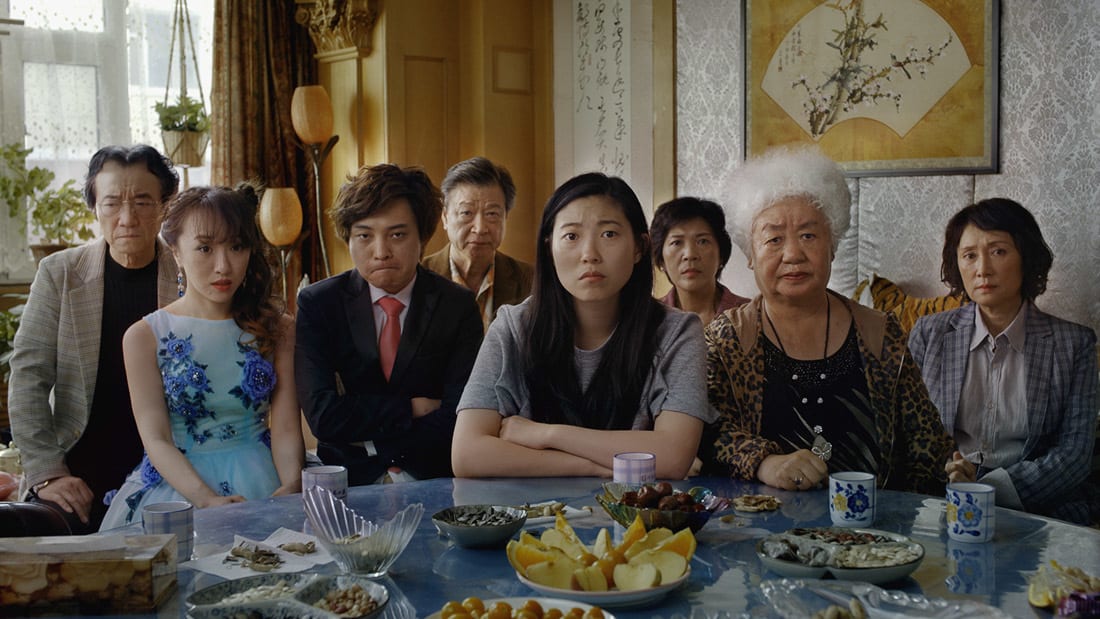 Caught in a lie and feeling desperate?

There’s always the Homer Simpson defense (“It takes two to lie – one to lie and one to listen”), or even the George Costanza (“It’s not a lie if you believe it”).

But with The Farewell, writer/director Lulu Wang finds poignant truths in an elaborate lie, speaking the universal language of “family crazy” while crafting an engaging cultural prism.

Inspired by an episode of the This American Life podcast, The Farewell unfolds through the view of Billi (Awkwafina), a Chinese American who follows her parents back to China after the news of her grandmother Nai Nai’s terminal cancer diagnosis.

But Nai Nai (Shuzhen Zhao-priceless) is the only one who doesn’t know how sick she is, and the extended family has concocted a ruse about a grandson’s wedding to give everyone an excuse to come visit Nai Nai one last time.

Billi’s parents (Tzi Ma and Diana Lin) are worried she’ll end up giving the game away – and with good reason. Billi is not entirely on board for the “good lie,” and this conflict of conscience is the vessel Wang steers to expose important cultural differences while she’s getting solid laughs with all the family antics.

The lies -both big and small- pile up, all in service of the belief that one’s life is part of a whole, and thus it is Nai Nai’s family who must carry the emotional burden of her illness.

It is Awkwafina who carries the film. If you only know her as a comic presence (Ocean’s 8, Crazy Rich Asians), prepare to be wowed. As our window into this push and pull of tradition in the modern world, she makes Billi a nuanced, relatable soul.

While Wang’s script is sharp and insightful, her assured tone is even more beneficial. Even as the film feels effortlessly lived in, it never quite goes in directions you think it might. Wang doesn’t stoop to going maudlin among all the whiffs of death, infusing The Farewell with an endless charm that’s both revealing and familiar.

2 thoughts on “Can You Keep a Secret?”