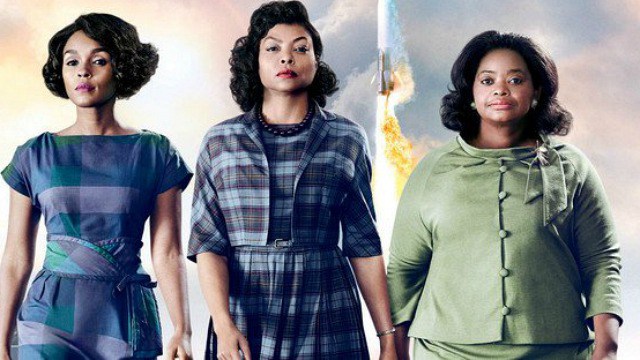 When you learn whose story is being told by Hidden Figures -three African American women who were instrumental to the success of America’s space program – no one could blame you for fearing the “white savior.”

In the 1960s, mathematicians Katherine Johnson (played by Taraji P. Henson), Dorothy Vaughan (Octavia Spencer) and Mary Jackson (Janelle Monae) were working in segregated areas of Langley Research Center in Virginia. As pressure mounted for the U.S. to catch up in the “space race,” Johnson (a Presidential Medal of Freedom recipient in 2015) was promoted to calculating launch and flight data for Project Mercury, while Vaughan and Jackson blazed similar trails in computer programming and engineering, respectively.

It is an inspiring piece of history, one that is overdue for a big screen tribute, and Melfi -who also helped adapt the script from Margot Lee Shetterly’s book-gives it as much respect as he can without fully committing to the heroines themselves.

That’s not to say this is patronizing fodder on the order of The Blind Side or even The Help, far from it. But some moments of achievement from these African American women are framed as if the credit should go to the white people (mostly men) for realizing the ills of segregation and courageously allowing these geniuses to contribute.

When NASA director Al Harrison (a fictional composite played by Kevin Costner) reverses Langley’s segregated restroom policy, he does it in the most grandstanding, heroic way possible as the music swells to self-congratulatory crescendos. Dramatic? Oh yes. Pandering? You bet, and unnecessary.

A late exchange between Vaughan and a supervisor (Kirsten Dunst) has the subtle bite that shows Melfi content to merely knock on a door that needed opening.

The three principal actors are terrific, Costner, Dunst and the rest of the ensemble (including Mahershala Ali and Jim Parsons) provide fine support, the film is competently written and judiciously paced.

Hidden Figures has all the parts for what could have been a more meaningful sum, if it was a bit less concerned with playing it safe. And considering the subject matter, that’s ironic.