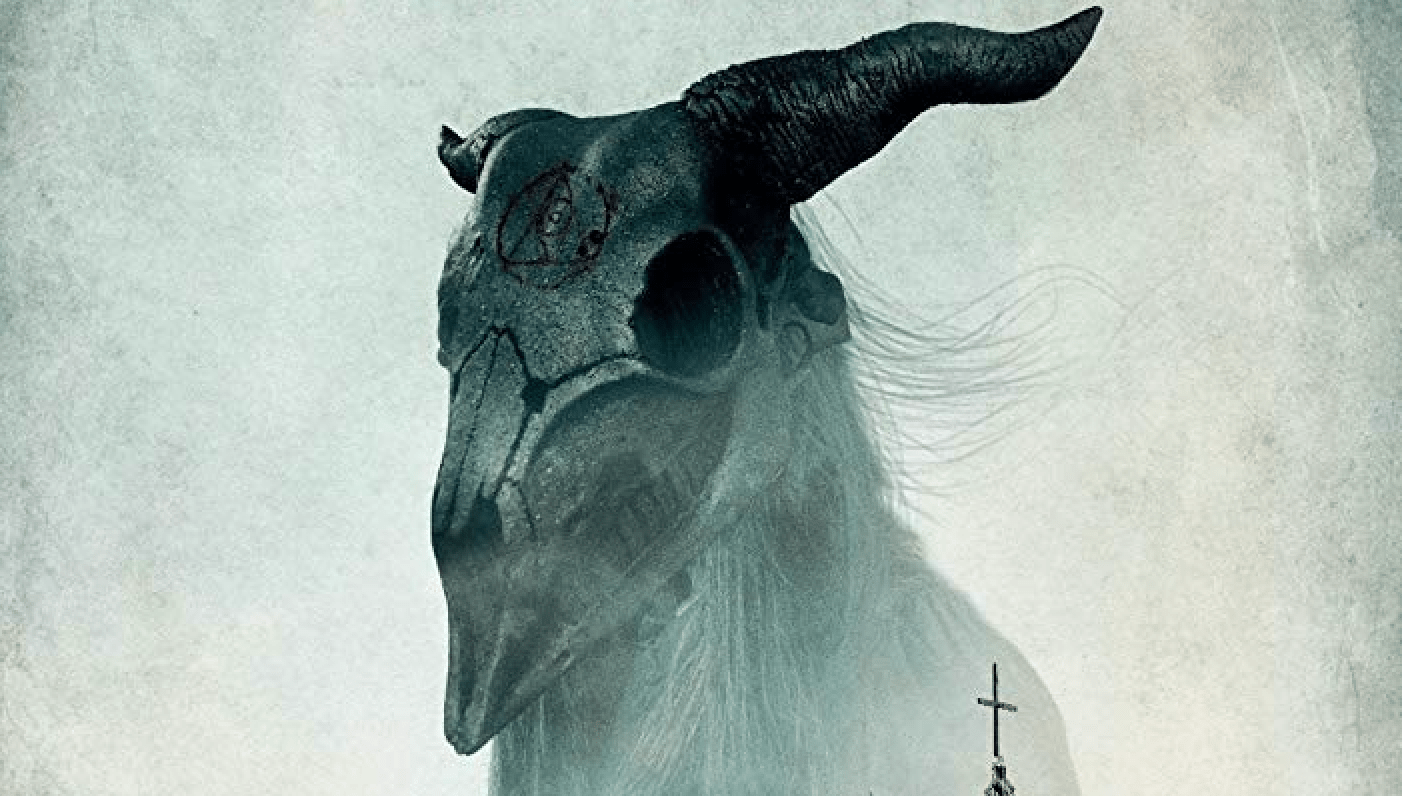 The horror Western is an under-explored subgenre. There have been some great ones. In fact, just two years ago filmmaker Emma Tammi took a look at isolation and outlaws from a female perspective with her effective nightmare The Wind.

Co-writer/director Aaron B. Koontz (Scare Package) pits a bunch of women against some scurrilous train robbers in a Wild West ghost town for his latest, The Pale Door.

The title is a Poe reference, a line from his poem The Haunted Palace. Poe wasn’t much of a gun slinger, but that doesn’t matter because the title has nothing to do with anything. Just go with it. You’ll enjoy Koontz’s odd concoction more if you do.

Little brother Jake (Devin Druid) and big brother Duncan (Zachary Knighton) grew up on opposite sides of the law. Duncan runs the Dalton Gang, a bunch of quick shootin’ and hard drinkin’ outlaws. But that’s not the life Duncan ever wanted for his bro, who sweeps up at a saloon and saves his nickels to buy back the old farm.

Until the gang is one man down with a big payday coming on the next train. Jake steps in, the gang robs the train, but this score is not what they expected and next thing they know, wouldn’t ya figure it? Witches.

I am all in for a ghost town full of witches—it’s like a Scooby Doo episode gone wonderfully off track. Production values do not evoke a period and the props are hardly authentic, but the atmosphere is fun and the cast has a good time.

Pat Healey is the wrong-headed good choice he always is. Noah Segan (who directed one of the shorts in Koontz’s Scare Package) is basically playing Noah Segan, but luckily that character is always so entertaining.

Veteran character actor Stan Shaw is mainly saddled with exasperated entrances and hypermasculine melodrama (because this is, after all, a Western). Meanwhile, Bill Sage (We Are What We Are) charms as a kind of poor man’s Bruce Campbell. (That’s not an insult. We can’t all be Bruce Campbell.)

So the gang finds themselves in a sort of Wild West Titty Twister (let’s assume you’ve seen From Dusk Till Dawn), and young, wholesome Jake may be their only hope for survival.

Does the leap from Salem to Western ghost town make sense? It does not. How about the basic internal mythology, the blood ritual, the sex, the ending? Not really. And no one will accuse The Pale Door of taking a female perspective.

But for a witchtastic Western, is it fun?

Edgar Allen Poe couldn’t have made it any more fun.