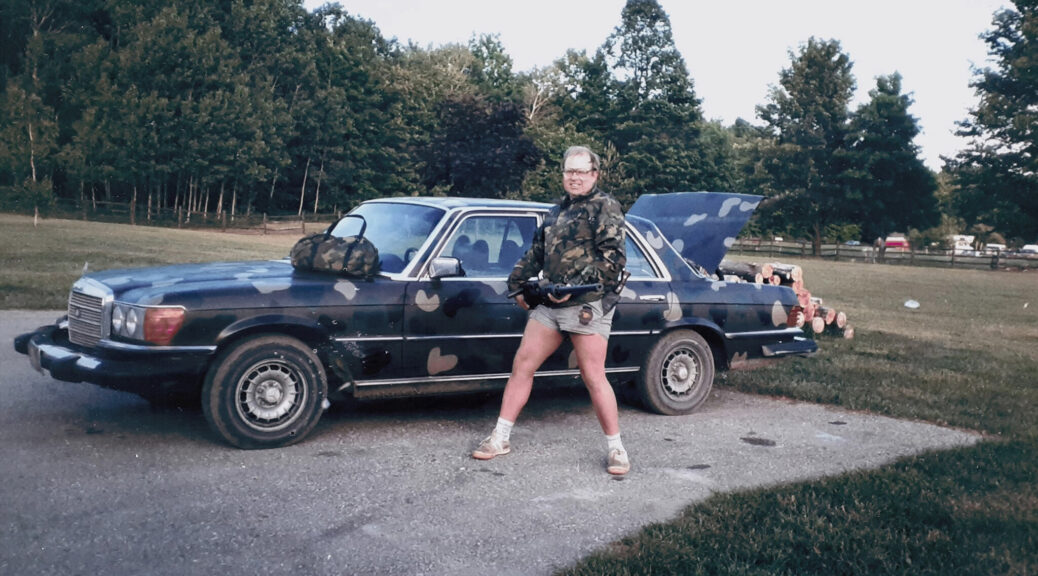 Impurity, hate, forgiveness, rebirth. The repeated image of a man shooting himself in the gut may not seem like the ideal piece of media to use to examine these heavy themes, but 2nd Chance by Ramin Bahrani proves time and again that face value has no place in its 90 minutes.

2nd Chance delves into brazen shock value. At first, this feels cheap and unwarranted. The image of a man repeatedly shooting himself in his bulletproof vest, grimacing, then firing at undeserving coke bottles leaves a bitter taste on the tongue.

It becomes apparent, however, that this is not shock for shock value. Instead, this is the jaw-dropping life that Richard Davis has led for the past 70 or so years. If anything, Bahrani’s mission is to make Davis’s massive eccentricity somewhat digestible and justifiable.

It doesn’t take much to revel in Davis’s contradictions: his passionate drive toward realizing the American dream makes him familiar, yet his twisted morals pose him as alien.

The structure we’ve come to know and expect with modern-day documentaries is, in a word, boring. 2nd Chance does little to stray from the usual twists and calculated catharsis of others in its genre. Where it differs and excels is in the conscious effort to avoid making the filmmaker an important character. While many documentarians crave that command, inserting themselves into the narrative, Bahrani takes a diligent backseat. He acts as a firekeeper, poking the embers to evoke flames while distancing himself from the heat.

The film portrays Davis’s flip from eccentric business mogul to undoubtedly narcissistic sociopath. However, Bahrani gracefully captures Davis authentically in his moments of shortcoming. This light touch becomes especially gratifying as the largely unredeemable Davis himself twists that sympathy toward hatred.

Among the twists and turns, Bahrani brings forth some of the most genuine moments of human catharsis perhaps ever shown on screen. The contradiction these moments deliver takes the film from intriguing to masterful.

You may not expect the inventor of bulletproof vests to deepen your connection to humanity. 2nd Chance delights in flipping your expectations and pulling the trigger, whether you’re protected or not.