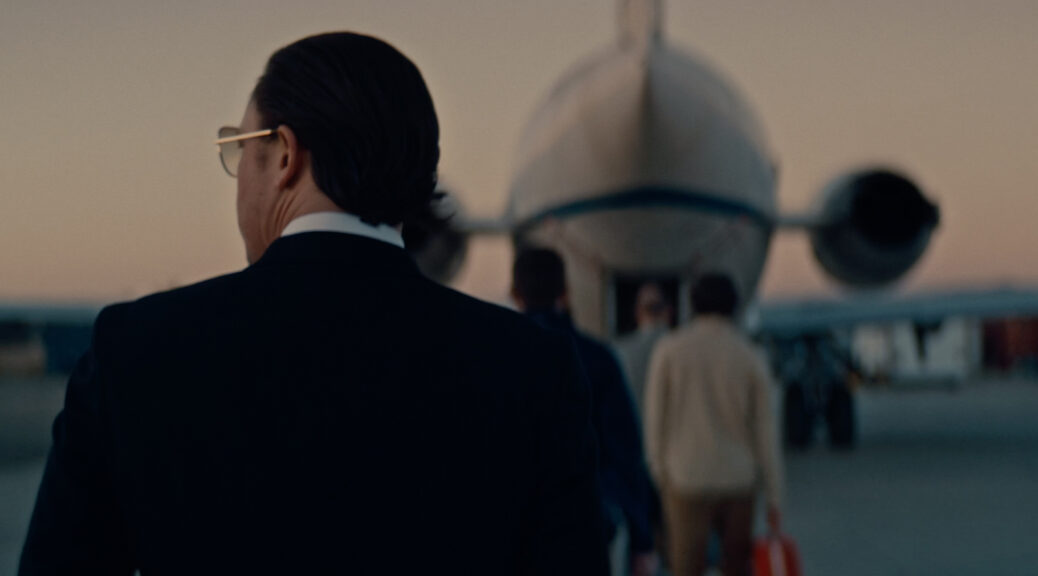 I Am DB Cooper

Writer/director T.J. Regan’s part-documentary, part-scripted drama examines the account of a man who claims to be infamous plane hijacker D.B. Cooper. Co-written with Sharmila Sahni, I Am DB Cooper, is another entry into the mystery surrounding the November 24, 1971 hijacking of Flight 305.

The film introduces Rodney Bonnifield, a career criminal who fills in details of the hijacking that supposedly only the perpetrator would know. Outfitted with a parachute, and carrying $200,000 dollars of ransom money, Cooper jumped into the night.

There is speculation that Cooper didn’t survive the jump. But there are those who don’t accept this, and Bonnifield makes the case that he is Cooper.

Enhancing the story with a scripted drama, Regan treats the audience to a visual retelling rather than limiting the story to interviews. While the film is composed primarily of documentary footage, the interspersed drama adds tension.

The parts of the film that don’t quite work are the actor-portrayed interviews with Bonnifield’s friends and family. It’s unclear if these are the words of real people or if they’re scripted pieces of Bonnifield’s story. This lack of clarity leads to questions about authenticity.

The dramatized moments add humor to a situation that’s not really funny at all. This is clearly the intention, helping to lighten the overall mood.

News footage from the time of the hijacking, including when a young boy uncovered $5,800 dollars of the stolen $200,000, adds depth to a history that contemporary viewers might not know.

However, sections of Regan’s film don’t quite fit with the scripted drama. The film takes Bonnefield beyond the hijacking into a relationship with singer Rita Coolidge (played here by Rainee Blake). If this addition is meant to cast doubt on Bonnifield’s story it isn’t really necessary. There are other reasons to wonder if the story is true. Talking with the actual singer/songwriter, though, would have been a fascinating and telling choice.

But the crux of Bonnifield’s story is that he claims he knows where the money is buried. Raising new questions and bringing a quaintness to the story of DB Cooper, Regan’s docudrama adds a new side to the original question: Who is DB Cooper?