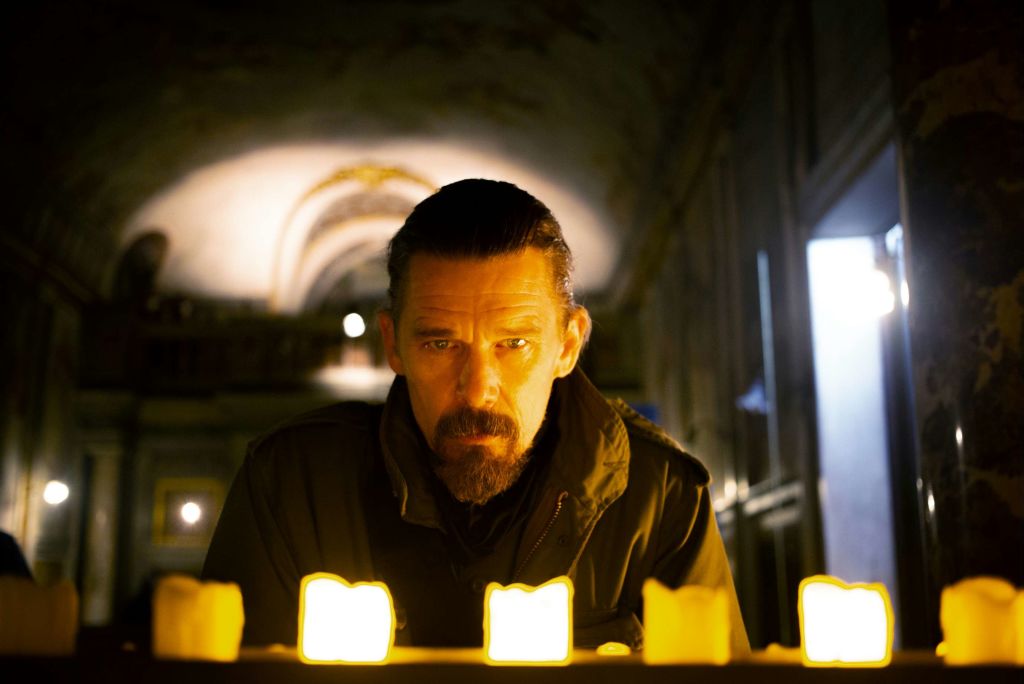 Abel Ferrara, man. Dude refuses to follow a traditional film structure, and sometimes that works so well. Bad Lieutenant and The Addiction — two of my favorites — took on a dreamlike atmosphere thanks to the filmmaker’s loose structure and it suited both pictures.

Beginning with 2014’s Pasolini, Ferrara seems to have abandoned the standard framework entirely, his films becoming more dreamlike than lucid. His latest, Zeros and Ones, follows that path.

Ethan Hawke stars in this hazily connected sequence of scenes emphasizing one man’s journey toward a realization about himself, his brother and the world around him. Hawke plays both the journeyman, a military specialist of some kind, and his brother, a freedom fighter in Rome.

Hawke wanders empty post-pandemic Rome as bits of military and religious debauchery and double-crossing weave and bob across the screen. Meanwhile, Hawke’s voiceover oscillates between meta-Christian reflections and calls to action.

For his part, Hawke delivers two discernibly different characters, sure, but in keeping with Ferrara’s themes, two distinct types: apostle and wayward soldier. Nothing feels scripted, and with a veteran like Hawke, that works out fine. Like Willem Dafoe in so many of Ferrara’s recent films, Hawke inhabits the desolate dreamscape with a weary resignation, a ghost guiding us toward some dark inevitability.

Zeros and Ones is a pandemic film, but rather than feeling like a filmmaker doing whatever they can with the situation, this one seems like an opportunity Ferrara has been waiting for. He isn’t doing his best within unreasonable constrictions, he’s finally found that empty, nihilistic apocalypse he’s prepared for. The empty streets and lonesome, masked figures feel apiece of his greater goal.

What was that goal? What is it always? The world is filth, hope is futile, man is doomed. You’ve seen his films, right? If so, you probably already know where you’ll fall on Zeros and Ones. It is less poetic and self-indulgent than Tommaso or Siberia, less sensible than his earlier work, and less compelling than a lot of what he’s done. And the explosions look ridiculous.

And yet, there is nothing quite like an Abel Ferrara film.