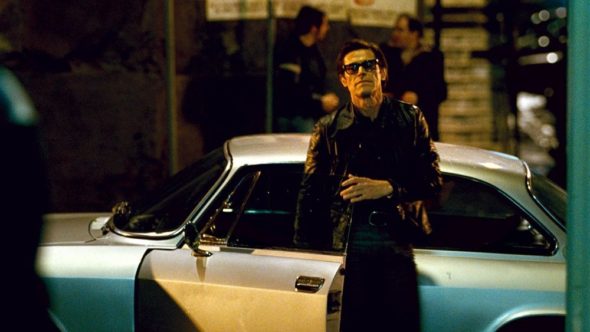 Abel Ferrera, the filmmaker behind Ms. 45, The Driller Killer, and Bad Lieutenant, was maybe too perfect of a choice to depict the final 24 hours in the life of Italian artist Pier Pasolini. While this love letter to Pasolini never quite succumbs to standard biopic syndrome, it also doesn’t fully rise above being anything more than hero worship.

After Pier Pasolini (Willem Dafoe) puts the finishing touches on his masterpiece, Salò, the provocative writer, critic, activist and filmmaker returns to Rome to visit with his family. During the course of this relatively normal day, Pasolini takes part in an interview, meets with fellow artists, and cruises the evening looking for a lover. While the day’s events seem mundane and boring for someone typically known as a notorious hellraiser, all of this leads to a tragic outcome on a beach outside of Ostia, Italy.

It’s evident early on that this movie is in awe of Pasolini. The film doesn’t depict Pasolini’s last day as much as it observes it. Ferrera treats the banal dealings of this 24-hour period with reverence. Pasolini’s life and work is church. The man himself is Jesus.

Where the spirit of Pasolini is sincerely felt is when Ferrera brings the artist’s works to life. A segment from a novel he’s currently working on is realized with graphic depiction as Pasolini’s character, based on the author himself, has an intense sexual encounter with a young man. Another segment finds two men looking for the famed Feast of Fertility Festival where gay men and women come together for one night to procreate. Neither segment adds to Pasolini’s plot (or what exists of one), but they are so categorically Pasolini in tone, spirit and theme that the stillness of the movie is finally shaken alive.

While the lack of narrative momentum causes the film to stumble, Dafoe stuns as the titular character. He doesn’t play Pasolini as much as he channels the spirit of the late artist. Pasolini’s cool and equal indifference flows through Dafoe’s body language and speech like second nature. His Pasolini is a man equally at home with who he his, but also incredibly bored with the person he has become.

Ferrera’s biggest mistake with Pasolini is that he cares too much about the man himself. While Dafoe’s equal admiration leads to a strong anchoring performance, Ferrara’s unwillingness to push the narrative leaves the film largely lifeless and inert.