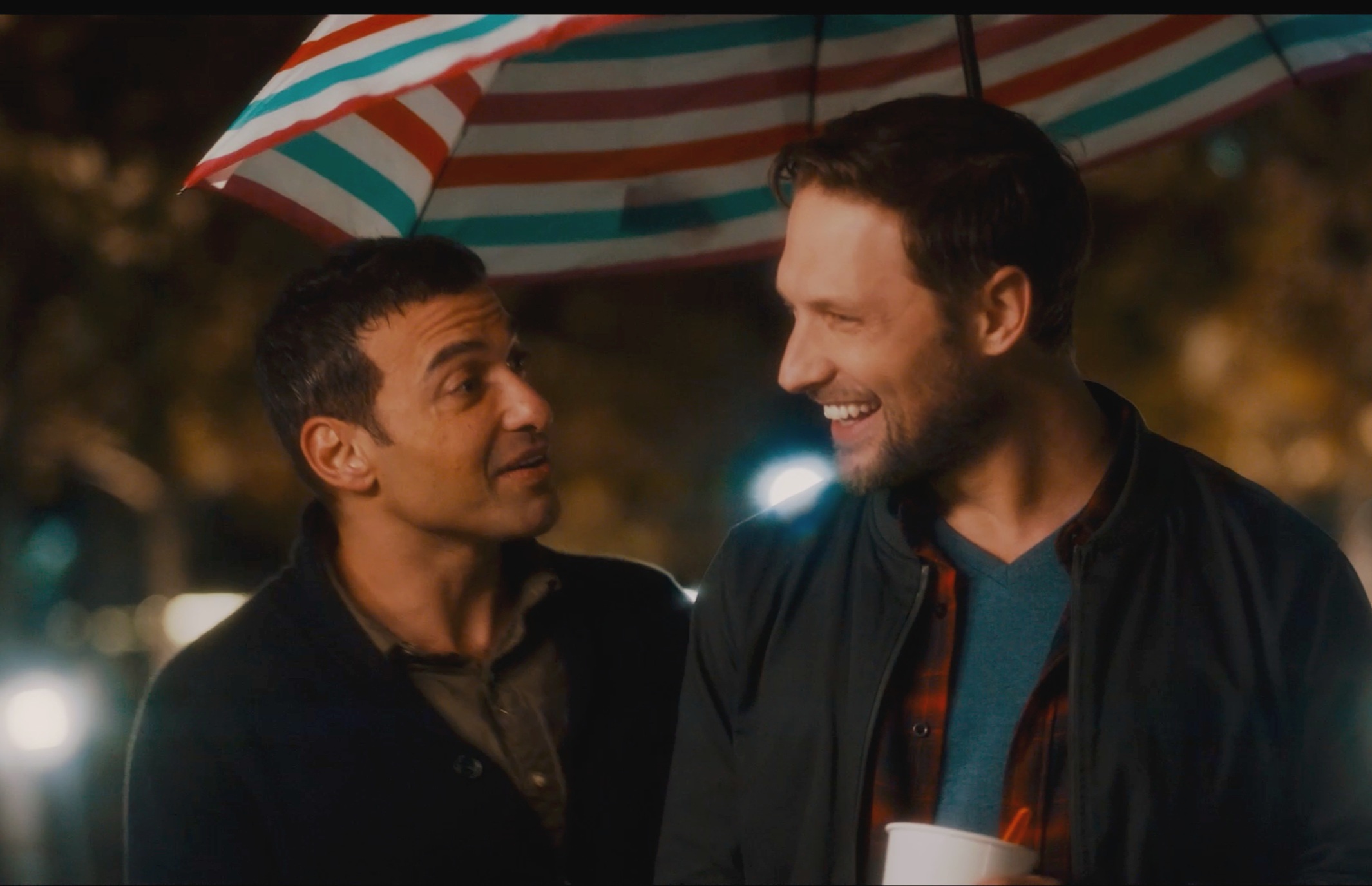 Most rom-coms, or rom-dramedies, follow a very specific pattern. You already know when each plot point will happen: the meet, the first date, the montage of falling in love, etc.

So, what makes Breaking Fast different? Mainly, the characters.

Mo (Haaz Sleiman) is a gay Muslim living in West Hollywood. His best friend, Sam (Amin El Gamal) is eager to see Mo get back into a relationship after his last ended when Mo’s closeted boyfriend broke up with him to marry a woman.

As the holy month of Ramadan begins, Mo meets Kal (Michael Cassidy). From here, you know the plot, but Mosallam weaves into the narrative elements with which you might not be familiar. Mo is adamant that his faith is not incompatible with his sexuality. And as he gets to know Kal, the two grow close as Kal breaks fast with Mo nearly every night during Ramadan.

Most of the gay men we meet in the film, including Sam, have turned their backs on any form of religion due to the harassment they have experienced in the name of faith. But Mo’s experience has been one of love and acceptance, and his devotion to his faith is a large part of the film.

Awkward dialogue makes for some tedious moments. Part of the problem is that Mosallam wants to paint us a new picture of Islam, one that is full of love and acceptance. Unfortunately, that lands on the screen feeling more like a lesson than an integrated narrative layer.

This isn’t the first movie to try to educate its audience, but the clumsiness of the execution weakens the film.

There are also some uncomfortable moments between Kal and Mo, and not the kind of uncomfortable that comes across as cute. These scenes are not awkward enough to leave you rooting for a couple, but embarrassing to the point of being hard to watch.

But then, there are the sweet moments between the two, and you do find yourself pulling for them as they weather the difficulties of a new relationship.

Too bad Breaking Fast never finds the right balance between what it is and what it wants to teach you.