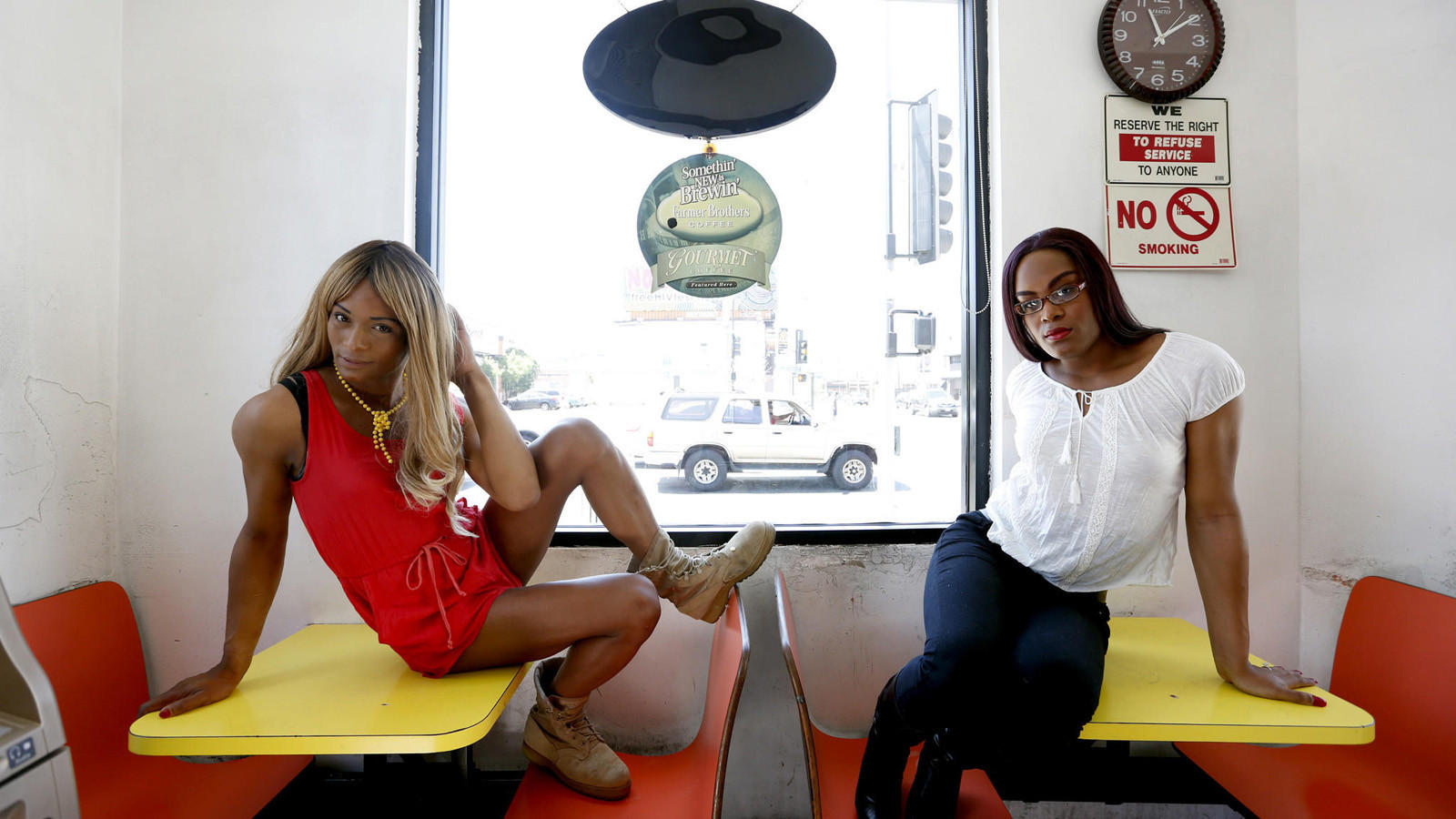 Holiday greetings from Tangerine, an irresistibly wild dive into the dramatic lives of two transgender hookers in LA.

It’s the night before Christmas, and creatures of the night are stirring. The manic Sin-Dee (Kitana Kiki Rodriquez) has just gotten out of jail and is looking to reconnect with Chester (James Ransone), her boyfriend-slash-pimp. But when her best friend Alexandra (Mya Taylor) lets it slip that Chester’s been unfaithful with a “fish” (“yes, a real woman, bitch, with a vagina and everything!”), Sin-Dee sets out to track them both down and demand some answers.

Meanwhile, local cabbie Razmik (Karren Karagulian) is eager to resume his business relationship with Sin-Dee, and he ignores his extended family during a Holiday get-together to focus on his secret life. Offended, Razmik’s mother-in-law hits the streets on her own quest to uncover exactly what it is her son-in-law is hiding.

Filming the entire movie via iPhone on location in West Hollywood, director/co-writer Sean Baker has not only created an authentic, in-the-moment slice of life, but also a film that nearly explodes with vitality.

Most of all, Tangerine feels urgently original. The “iPhone movie about transgender hookers” angle may get attention, but Baker’s storytelling is rock solid. There are amateurish moments to be sure, but the film becomes downright artful, pulling you completely into its world with unforgettable characters you care about almost instantly.

Beyond the craziness of daily life “on the block,” Tangerine is also genuinely moving. We feel for Alexandra as she struggles to attract an audience for her Christmas Eve nightclub performance, and ache for Sin-Dee when a hateful act from a carload of assholes leaves her unable to hide the vulnerability underneath her defiant personality.