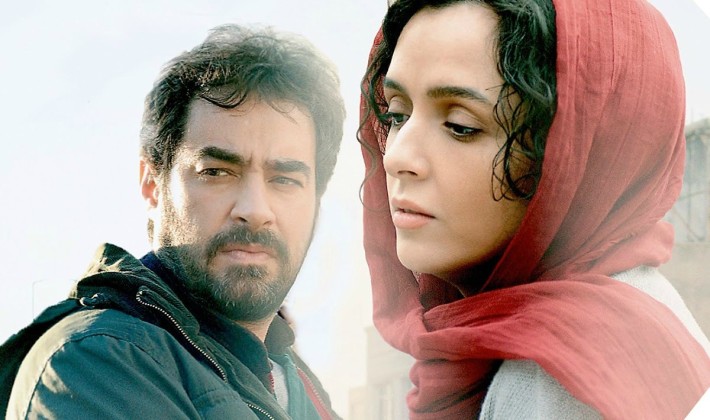 It should surprise no one familiar with Asghar Farhadi that the filmmaker is a former playwright. In films such as About Ely, The Past and the Oscar-winning A Separation, Farhadi, as both writer and director, has shown sharp instincts for building quiet tension through insightful, deliberately paced dialog.

His latest, The Salesman, is no exception, as Farhadi returns to his stage roots in crafting a meaningful parallel between a classic American play and an Iranian couple whose marriage is frayed by a traumatic incident.

Emad (Shahab Hosseini), a high school teacher, and his wife Rana (Taraneh Etesami) are starring in a community theatre production of Arthur Miller’s Death of a Salesman when they are forced to flee their apartment building as it crumbles around them. After renting a new apartment from one of their co-stars in the play, a dangerous occurrence involving the previous tenant drives a wedge of guilt and anger between husband and wife.

While The Salesman may lean on contrivance a whisper more than usual, Farhadi again uses intimate conflicts to explore more universal themes of gender and class, and he again delivers a screenplay with minimal filler. Buoyed by resonant performances from the two leads, each line of dialog is carefully placed for maximum impact, while Farhadi weaves Miller’s work into the narrative for a poignant undercurrent of generational clash in a changing world.

Though the classic “attention must be paid” speech occurs relatively early in Death of a Salesman, Farhadi confidently builds his film toward a third act reflecting similar themes. All of us, no matter what may have occurred in the past, deserve basic human dignity.

Sadly ironic, then, that if The Salesman earns Farhadi his second Academy Award, he won’t be there to accept it. The Iranian filmmaker has said he won’t attend even if “exceptions were made” to recent immigration directives, and his work must stand as a testament to the increasingly shaky ground of our own foundations.