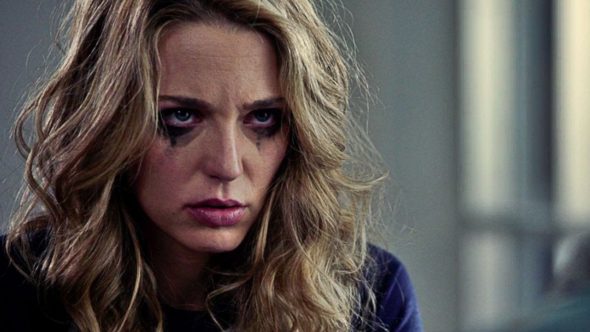 It’s funny how long it took people to rip off the Groundhog Day conceit—20 years, basically. No one really revisited the “day on repeat” idea (Source Code came close, but it wasn’t a full day) until Tom Cruise’s surprisingly high-quality 2014 flick Edge of Tomorrow.

It took twenty years to redo it once, and yet I’ve seen at least 9 of these this year. OK, I’ve seen two (Happy Death Day, Before I Fall) and am aware of two others (Naked, Premature). Still, that’s a lot. It’s like sitting through the same events over and over and over and over again with no idea why it’s happening or how to make it stop.

Happy Death Day does what it can to make up for its lacking originality with a tight pace and compelling lead performance.

If, like Tree, you are unaware of Groundhog Day, Phil Connors is the Bill Murray character doomed to relive February 2 until he…well, if you haven’t seen it I don’t want to ruin it for you. But the fact that Happy Death Day addresses the groundhog in the room is part of its self-aware, played-for-comedy charm.

Rothe boasts strong comic timing and a gift for physical comedy, a skill that transitions nicely to the demands of being repeatedly victimized by a slasher.

Director Christopher Landon (Scout’s Guide to the Zombie Apocalypse) wisely mines Scott Lobdell’s screenplay for laughs. Given the repetitive, bloodless nature of the kills, trying to generate scares would have been a tough go.

The mystery absolutely does not hold up, red herrings are silly and fairly pointless, and whatever charm the filmmakers infuse into this recycled premise wears off just a tad before the credits roll. Still, there are funny bits and clever moments peppered throughout what is easily this year’s best Groundhog Day ripoff.