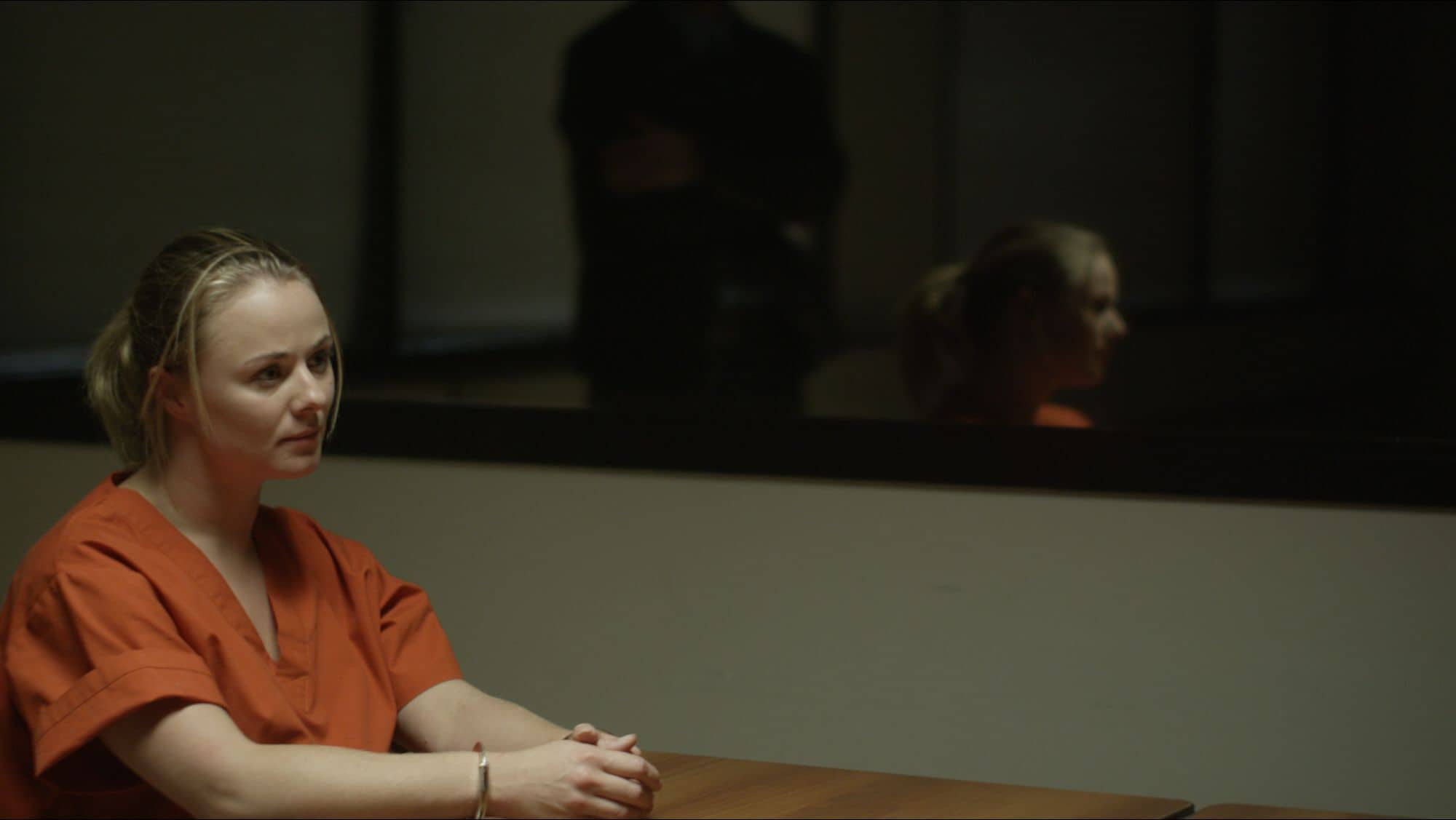 Small town sociopath, isolated farmhouse on land littered with rusted out car carcasses, a basement freezer full of human heads—Poor Agnes has all the trappings of your garden variety serial killer flick.

All but one: Lora Burke.

Burke plays Agnes, a woman who knows what she likes.

The film plays out like the origin story of some unstoppable slasher, and that works pretty well. Director Navin Rameswaran complicates his narrative and Agnes’s life with a side trip into Stockholm syndrome territory.

Agnes spends her days either chopping wood or injecting men with a concoction featuring “rat poison, mostly.” But she takes a liking to would-be victim Mike (Robert Notman), a low-rent private investigator whom no one will miss.

While Burke’s unapologetically convincing, Notman’s performance is less so. Maybe his metamorphosis is too truncated by James Gordon Ross’s script, or maybe Notman can’t manage to sell the transformation. Whichever, too often his behavior feels utterly false. What we needed out of Notman was a version of Patty Hearst, but his face is a blank slate, his actions inauthentic.

That’s a real problem for this film because a tangy villain can only carry a story so far. Burke’s turn commands attention. She’s unafraid to be profoundly unlikeable, but she’s never over-the-top. It’s an alarmingly natural, more alarmingly believable portrait of a psychopath.