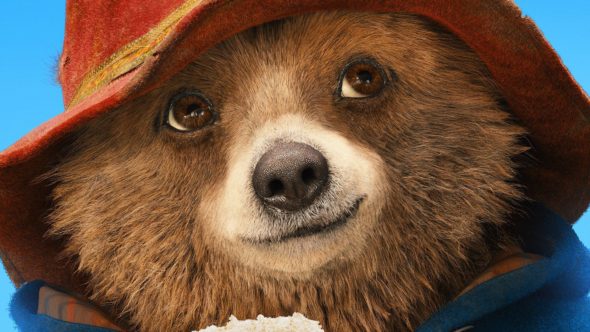 Paddington 2 paints a beautiful, pop-up love letter to London. It breaks down something like this:

Sure, this is a kid’s movie. The main character is a talking bear. His greatest aspiration is to buy a rare pop-up book of London for his Aunt’s birthday. In most ways, the film is predictable. Almost rote. But there’s some sparkle there, too.

Firstly, the movie is incredibly well lit. Lighting this good has no business in a children’s film’s sequel. And yet there it is. Warm yellow homes, moody shafts of light through window panes, snowy alleyways. That light isn’t wasted either. It illuminates bright, punchy sets and colorful costumes hung on a parade of quirky characters.

The Wes Anderson inspiration shows up in bright green rooms and pastel pink prison uniforms. Director Paul King finds sweetness in even life’s most ordinary moments. Where he cannot find sweetness, in a grimy pipe or a shattered telephone box, he finds curiosity instead, playing with light and camera angles.

Following a pop-up book of London, King makes sure to hit all of London’s beloved landmarks. London is a part of Paddington’s mythology. It’s a magical kingdom full of fun and mystery. King paints the city beautifully.

Secondly, what a cast. Sally Hawkins, fresh off her incredible performance in The Shape of Water, oozes gumption. English favorites parade across the screen: Peter Capaldi, Richard Ayoade, Brendan Gleeson.

None quite as fun, though, as Hugh Grant in his role as an unhinged stage actor. As the baddie, Grant never slips into evil. Nefarious, yes, but never evil. King keeps his film silly, always, but never allows it to be hollow.

For every predictable gag there’s a genuinely funny moment, too. Good children’s films cater to their whole audience, kids and parents. Its important to screen films like these in theatres. I was reminded of this when a character passed out, face down, into a cake. The children in the audience shrieked with delight.

That’s Paddington 2’s final merit. It’s good natured. It has jokes, visual gags, and constant reminders to be kind. Paddington believes in himself, his family, and his friends. Sure, a children’s film about a talking bear isn’t destined to be profound. But it manages to be sweet all the way through, just like marmalade.

← The Screening Room: A Particular Set of Skills
Crazy Train →
Scroll Up