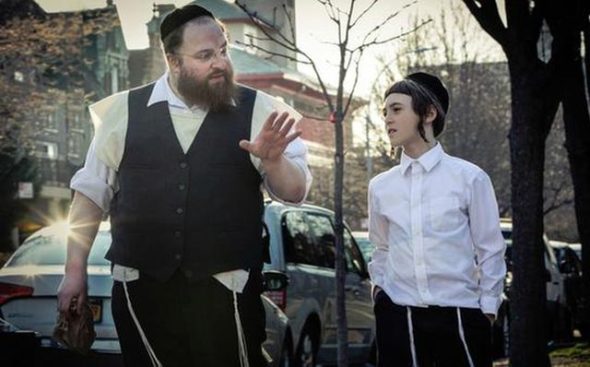 Done well, universal themes can resonate from even the most intimate of characterizations.

Menashe is the most intimate of characterizations, and it is done well.

Menashe (Menashe Lustig is an exceptional debut) is a struggling single father within a Hasidic Jewish community in Brooklyn. Since the death of his wife nearly a year ago, Menashe has been resisting all matchmaking efforts, even though that means his “broken home” is not fit for his teenaged son.

According to church teachings, broken homes equal broken societies, and the boy will continue living with his uncle’s family until Menashe agrees to take a new wife.

Director/co-writer Joshua Z Weinstein, a veteran of documentary shorts making his narrative feature debut, immerses Menashe in a measured authenticity that never ventures very far from a documentary feel. Though Weinstein doesn’t speak Yiddish, his film speaks it almost entirely, drawing us deeply into a strict society through a lens that is highly detailed but never judgmental.

What sits at the core of Menashe is a conflict that transcends denominations. With uncompromising intimacy, Weinstein tenderly probes faith, family, and the sacrifices necessary to hold on to what’s most important to you.

← Neither Holly Nor Jolly
Fright Club: Food in Horror Movies →
Scroll Up