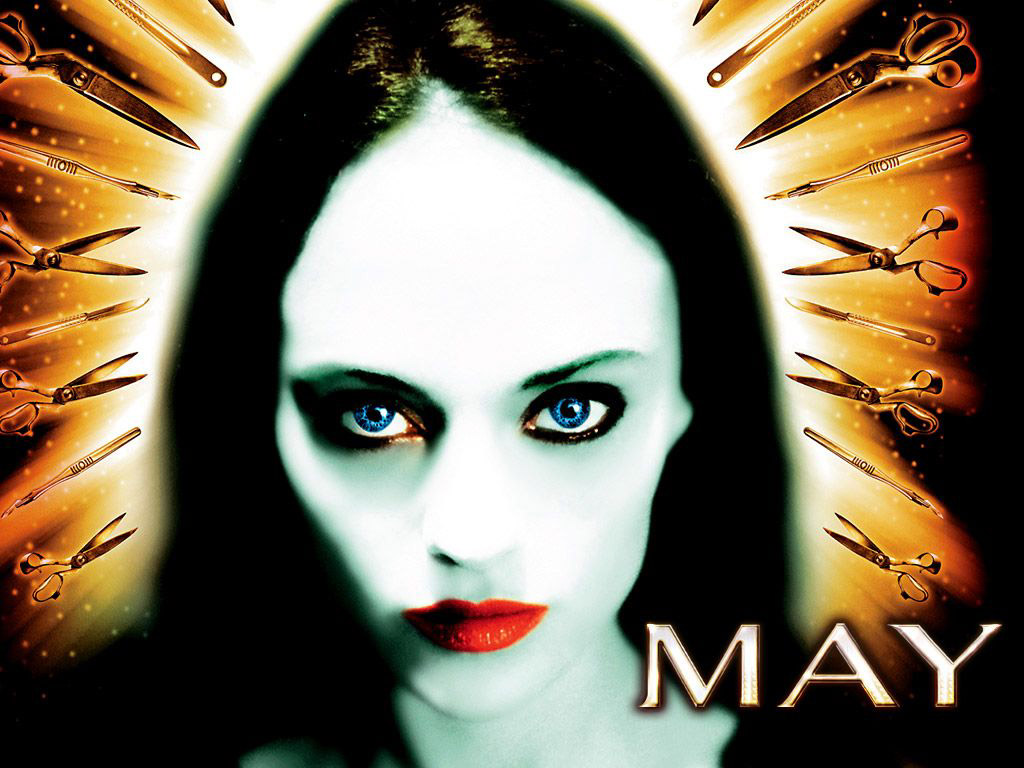 Who wants a little romance? How about the tale of a wallflower, the blossom of new love, the efficient use of veterinary surgical equipment, and a good sized freezer?

Few horror films are as touching, funny, heartbreaking, or bloody as May.

Plus there’s a creepy doll! Hooray!

By day Polly flirts with a confused but needy May during their workday as veterinary assistants, and by night May pines for her tragically hip and beloved Adam. There’s nary a false note here, and those expecting a makeover that will turn May into the blooming rose we always knew she could be have tuned into the wrong film.

May’s vulnerability is painful yet beautiful to watch, and it’s impossible not to hope that cool outsider Adam is telling the truth when he reassures her, “I like weird.”

He’s not a liar, really. It’s just that he couldn’t possibly know how weird things would get.

Adam’s epiphany about May is not just the turning point in the film, but one of the most honestly heartbreaking moments in horror cinema.