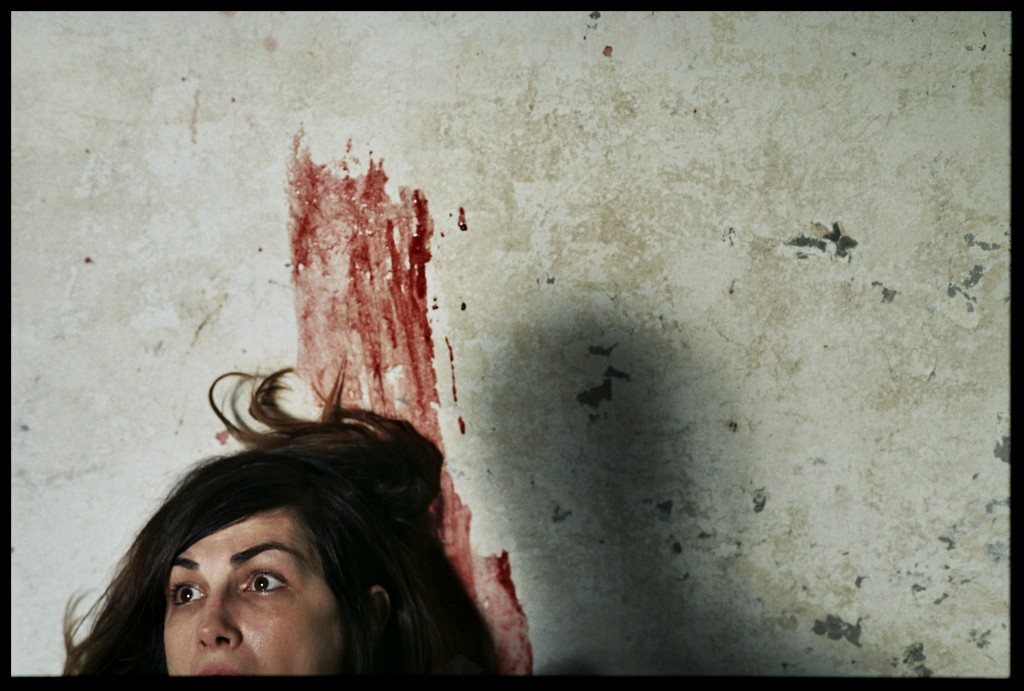 For a lot of horror fans, French cinema is the way to go. But just north of that border is a country making a name for itself in genre filmmaking, thanks in part to the work of Belgian writer/director Fabrice Du Welz.

In 2004 he released the exquisite Calvaire, marking himself a unique artist worth watching. Ten years later he revisits the themes of that film – blind passion, bloody obsession, maddening loneliness – with his newest effort, Alleluia. Once again he enlists the help of an actor who clearly understands his vision.

Fans of Calvaire may remember that name. Is there a connection? Du Welz is tantalizingly vague about the specific relationship between Alleluia and Calvaire, although certain sets (a rustic, wooden cross, for instance) beg loads of questions.

Like 1969’s Honeymoon Killers and 2006’S Lonely Hearts, Alleluia is loosely based on the acts of American serial killers Martha Beck and Raymond Fernandez.

Lucas looks like an entirely different man this time around, and Du Welz’s close camera and off angles exaggerate the actor’s teeth, nose and height in ways that flirt with the grotesque. Likewise, the film dwells on Duenas’s bags and creases, heightening the sense of unseemliness surrounding the pair’s passion.

Duenas offers a performance of mad genius, always barely able to control the tantrum, elation, or desire in any situation. Her bursting passions often lead to carnage, but there’s a madcap love story beneath that blood spray that compels not just attention but, in a macabre way, affection.

Slow, atmospheric, and shot in grainy 16mm, Alleluia asks for your patience, but it repays you for that investment. It’s a film busting with desperation, jealousy, and the darkest kind of love.