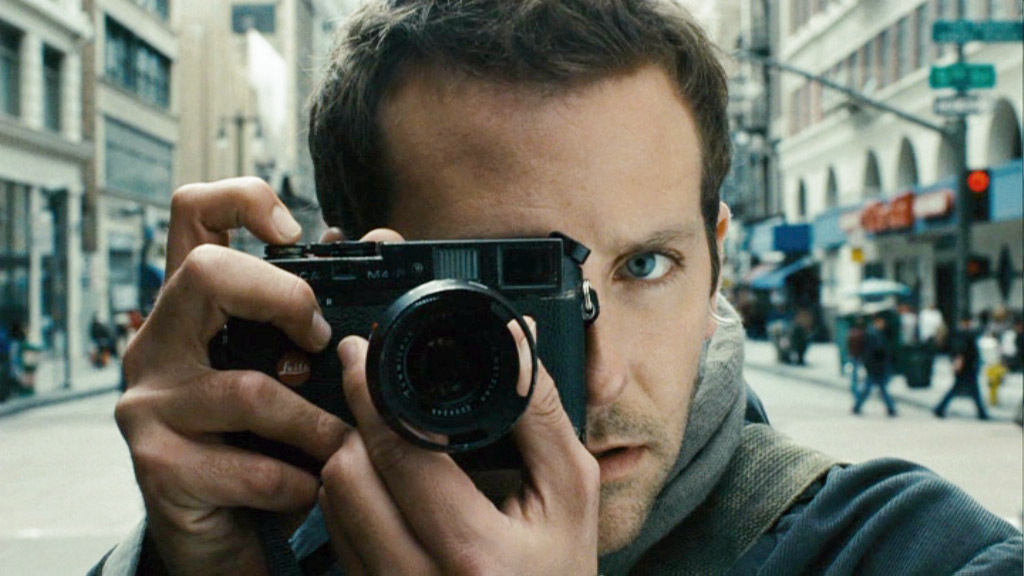 There’s nothing more fun come Oscar season than to dig around celebrity closets to find the long lost horror output of the year’s nominees. Of course we all remember Michael Keaton’s unfortunate late-career genre work in White Noise, while Reese Witherspoon starred years ago in the glorious American Psycho. You may not know that the always magnificent Eddie Redmayne starred as a conflicted friar in the low budget effort Black Death. But we don’t mean to pick recent scabs, and our point is not to applaud excellent early careers in horror. So instead, we thought it would be more fun to look at four gems of a different color. Oscar nominees Mark Ruffalo, Laura Dern, Patricia Arquette and Bradley Cooper star in this month’s Skeletons in the Closet: Oscar Edition.

The Midnight Meat Train (2008)
Photographer Leon (Bradley Cooper) comes to believe he is snapping evidence of a serial killer – a meticulously groomed butcher who emerges from the subway in the wee hours every morning carrying a suspicious bag. Written by Clive Barker (Hellraiser), the film is meant to implicate the viewer. It opens on all out slaughter, followed quickly by an image of Cooper, the lens of his camera pointed directly at you, the viewer. Why are we watching? Why is he watching? What does he find so fascinating about the festering underbelly of the city that he chooses to watch no matter how ugly. Why do we keep watching this film, even after Ted Raimi’s eyeball bursts out at us? It’s a bloody, foul mess, this one, but somehow not terribly tense and rarely if ever scary. Cooper overacts, and while the premise shows promise, the conclusion doesn’t satisfy.

A Nightmare on Elm Street 3: Dream Warriors (1987)
Patricia Arquette – a working actress with her first Oscar nomination, which only means that the Academy turned a blind eye to her awesome turn as Alabama Worley – got her start in 1987’s third Nightmare on Elm Street installment: Dream Warriors. Of course, Johnny Depp got his start in Wes Craven’s original nightmare, but by the franchise’s third episode both budget and inspiration were running short. Arquette plays a patient in a sleep clinic. Screechy Nancy (the epically untalented Heather Langenkamp – sole survivor of the original) is now an adult and a psychiatrist working with patients to take control in their dreams and kill Freddy. Arquette plays Kristin, lead dream warrior. Aside from being known as Arquette’s feature film debut, this is also the episode where we learn that Freddy is the bastard son of hundred maniacs. Sets are pretty ludicrous, we don’t get nearly enough Freddy, but Langenkamp’s wondrously wooden performance makes everyone else look talented by comparison.

Oh, we’ve celebrated the ridiculous glory of The Dentist previously, but given Mark Ruffalo’s Oscar nom, it deserves just another quick mention. The film follows a psychotic dentist (Corbin Bernsen) who goes off the deep end after his wife gets dirty with the pool boy. Director Brian Yuzna’s film misses every opportunity to capitalize on the discomfort of the dentist’s chair, and the film’s puffy hair and pastel sweaters suggests that it’s ten years older than it is. The sole reason to sit through this is the small, supporting turn from Ruffalo as the boyfriend/agent of one of the not-so-good doctor’s patients. God bless him, even in a film this bad, Ruffalo can act.

Here’s the crowning jewel for nearly any Skeletons in the Closet feature. It features not just a current nominee, but one past winner and ever-the-winner Charlie Sheen. It’s hard to come by and even harder to watch. The sequel to William Girdler’s 1796 forest-astrophe Grizzly was filmed in 1983 and never completed, but sort of, kind of released anyway in 1987. Every death scene ends just before the death itself, because the bear side of the struggle was never shot. So, we get a lot of bear’s eye view of the victim, but never a look at the bear side of the sequence. It’s surreal, almost.

Sandwiched somewhere between the non-death sequences is a never ending faux-eighties synth pop concert. The concert footage is interminably long, nonsensical enough to cause an aneurism, and awful enough to make you grateful for the aneurism. You will lose your will to live. So, why bother? Because this invisible grizzly puppet kills Charlie Sheen, Oscar nominee Laura Dern, and George Clooney. (Dern and Clooney are making out at the time, which actually probably happened).

Check out our Fright Club podcast on the subject of Skeletons in the Closet and join us the 4th Saturday of every months for Fright Club live at the Drexel Theater in Bexley, OH.