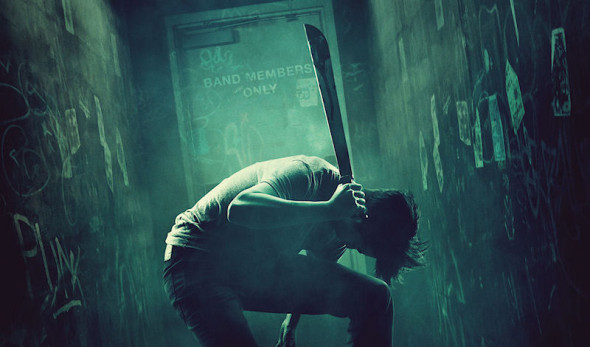 So much great horror in 2016! We may not have had that much to be happy about last year – besides the Cavs national championship (hooray!!) – but at least we can celebrate one outstanding 365 days of horror.

Joined by Killumbus Horror’s fearless leader Bridget, we argue about what is and is not horror – and whether Neon Demon thrills or disappoints – plus a few words on scissoring.

Like the mournful soul that clings to poor bridegroom Piotr (Itay Tiran), Demon sticks to you. Director/co-writer Marcin Wrona’s final feature (he ended his life at a recent festival where the film was playing) offers a spooky, atmospheric rumination on cultural loss.

Wrona sets the Hebrew folktale of the dybbuk – a ghost that possesses the living – inside a Catholic wedding, accomplishing two things in the process. On the surface, he tells an affecting ghost story. More deeply, though, he laments cultural amnesia and reminds us that our collective past continues to haunt us.

With just a hint of Kubrick – never a bad place to go for ghost story inspiration – Wrona combines the familiar with the surprising. His film echoes with a deeply felt pain -a sense of anguish, often depicted as scenes of celebration clash with unexplained images of abject grief.

Wes Anderson with a Black Mass fetish and a feminist point of view, Anna Biller wrote/directed/produced/edited/set-designed/costume-designed/music-supervised the seductive sorcery headtrip The Love Witch.

Less a sequel than a tangentially related piece, 10 Cloverfield Lane amplifies tensions with genuine filmmaking craftsmanship, unveiling more than one kind of monster.

Michelle (Mary Elizabeth Winstead) wakes from a car crash handcuffed to a pipe in a bunker. Howard (John Goodman, top-notch as usual), may simply be saving her from herself and the apocalypse outside. Good natured Emmett (John Gallagher Jr.) certainly thinks so.

Goodman is phenomenal, but Winstead and Gallagher prove, once again, to be among the strongest young actors working in independent film today.

Talented newcomer Dan Trachtenberg toys with tensions as well as claustrophobia in a film that finds often terrifying relevance in the most mundane moments, each leading through a mystery to a hell of a climax.

A touching father/son story about romance, car washes and disco, this movie is like little else ever set to film. Both men fall for one particular “rootie tootie disco cutie,” and if that wasn’t enough, there’s a marauder on the loose – an inhuman beast covered head to toe in cooking grease.

The brilliantly awkward comedy leaves you scratching your head. Every absurd character begs for more screen time, and yet, each gag (and you will gag) goes on for an almost unendurable length of time.

For his sophomore effort Don’t Breathe, director Fede Alvarez dials down the blood and gore in favor of almost unbearable tension generated through masterful deployment of set design, sound design, cinematography and one sparse but effective premise.

This is a scrappy film that gives you very little in the way of character development, backstory or scope. Instead, Alvarez focuses so intently on what’s in front of you that you cannot escape – a tension particularly well suited to this claustrophobic nightmare.

Our tale is set in Tehran circa 1988, at the height of the Iran/Iraq war and just a few years into the “Cultural Revolution” that enforced fundamentalist ideologies.

As he did with Blue Ruin, writer/director Jeremy Saulnier plunges unprepared characters into a world of casual savagery, finding out just what they have to offer in a nasty backwoods standoff.

2. The Eyes of My Mother

In set design, dialog, tension-building and performances this film creates an unseemly familial intimacy that you feel guilty for stumbling into. There is an authenticity here – and an opportunity to feel real empathy for this Puritan family – that may never have been reached in a “burn the witch” horror film before.

On the surface The Witch is an “into the woods” horror film that manages to be one part The Crucible, one part The Shining. Below that, though, is a peek into radicalization as relevant today as it would have been in the 1600s.

Beautiful, authentic and boasting spooky lines and images that are equally beautiful and haunting, it is a film – painstakingly crafted by writer/director Robert Eggers – that marks a true new visionary for the genre.