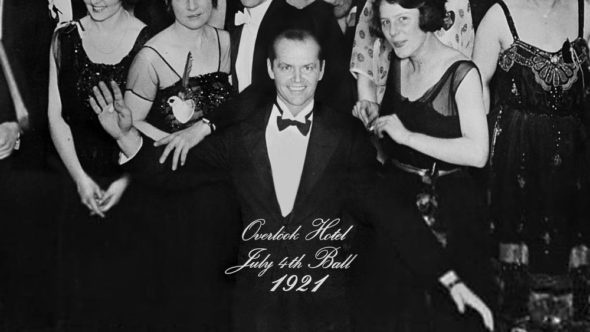 A couple of firsts happening here! First first: spoilers aplenty! Yes, we are going to spoil some shit today. Why? Because we are covering the final moments in some horror movies, but not just any final moments and not just any horror movies. Nay, we say. We are going to talk through those final ticks of the clock that inarguably elevated each and every one of these films above all expectations.

Well, maybe we can argue since we’re joined by Hellbent for Horror’s S.A. Bradley, and we don’t always agree.

Second first: there’s an act two. Yes! It’s our very own cliffhanger. Listen to #10 – 6 today and we’ll share the top five in a few weeks.

6. Psycho (1960)
We don’t necessarily mean that surprise in the basement that changed the face of cinema almost as surely as that shower scene did. While that shocking moment has become so familiar by now that the image feels a bit—well, adorable may not be the word for it. Quaint?

For us (one of us, anyway), it’s actually that lingering shot on Norman, sitting quietly while Mother chatters away in his head. Anthony Perkins’s eerily frozen glance—such a perfect, creepy and also sad way to cap this masterpiece. The look on his face—why, he wouldn’t even hurt a fly.

7. The Shining (1980)
And while, yes, Act 3 in this film is a doozy, it’s not the entire act we want to celebrate. It’s the lingering image the film sends home with you. And here, after Jack Torrance’s slow but alarming descent into lunacy, he meets his own end.

That look on his face—we’re developing a theme! And then that spooky song straight out of one of Gatsby’s soirees draws you down an opulent hall and we close in on the framed image of one of those grand hotel parties. It’s 1921. And it looks like Jack was having a great time.

8. The Thing (1982)
Yes, when that beastie bursts out of what’s left of the outpost and Mac (Kurt Russell) blows it to smithereens—that’s cool and all. But it’s really that last conversation between Mac and Childs (Keith David). That’s the thing…

Where was Childs? Why does Mac breathe so much heavier? What will they do once that blaze dies down? How will they make it?

9. Dawn of the Dead (2004)
Sure, act 3 is a breathless sprint at breakneck speeds because these zombies can effing move. And yes, watching as good guy Michael (Jake Webber) takes one for the team just drives home the point that this world will never be the same.

But that is hardly what leaves you rattled. Rather than tacking on a few intriguing if needless scenes to the end-of-feature credits, director Zack Snyder drove a knife into your chest by way of found footage.

Picture it: Our ragged survivors, having risked and lost nearly everything, finally make it to a yacht and head away to find a remote island where they can ride out the epidemic. Oh, look: a camera! We cut away and back again to a highlights reel of misery onboard leading to something altogether worse once land is ho.

10. Sleepaway Camp (1983)
Is it a brilliant movie? Will George be happy it made the list? That’s a lot of no right there, but honestly, how do we not acknowledge this stroke of genius?