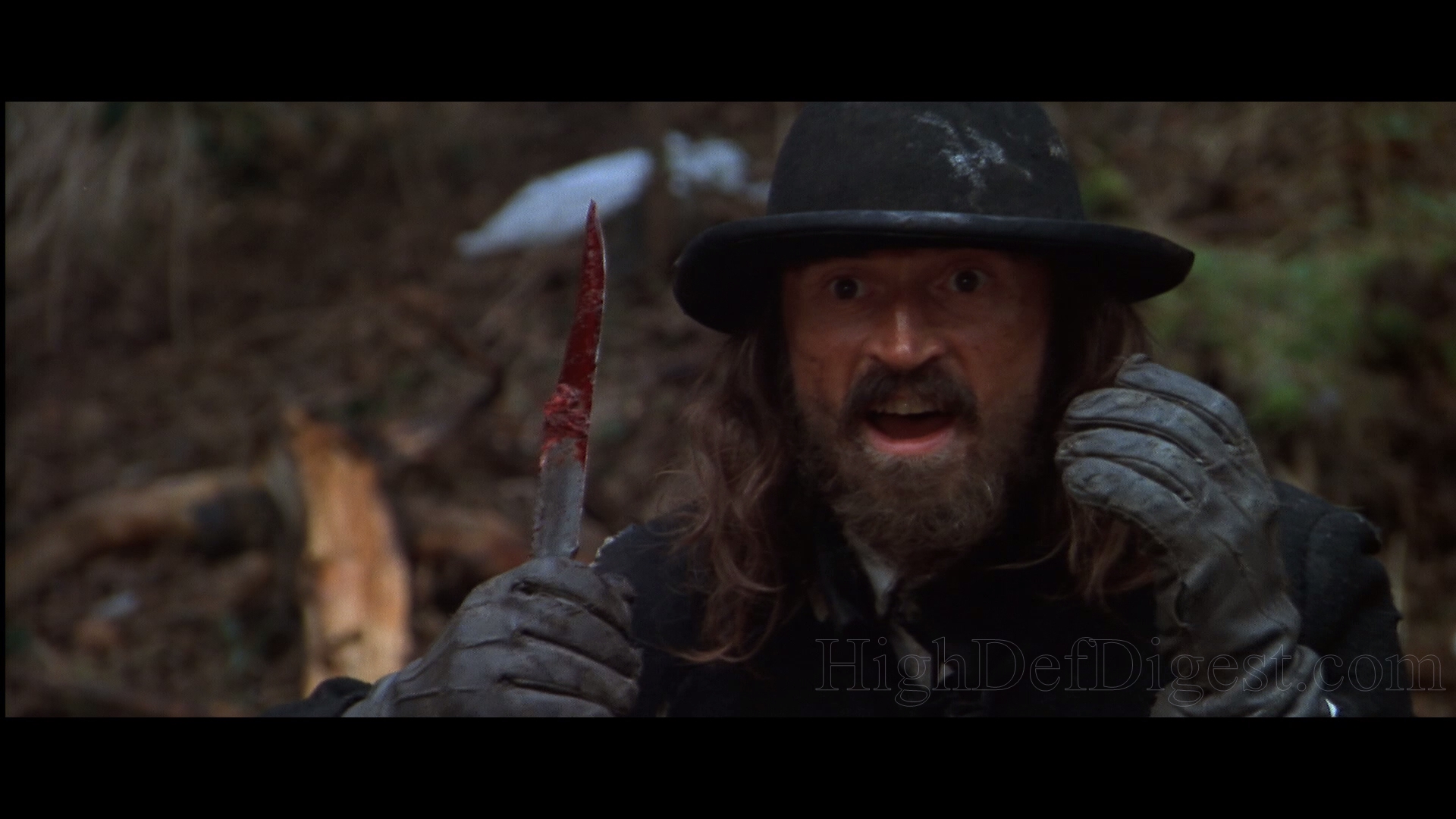 Perhaps any living thing’s most primal fear is that of being eaten, and horror cinema has taken advantage of that built-in tension with every zombie movie and creature feature ever made. But there’s an added element of the macabre, the unseemly, when it isn’t some “other” preying on us for our own tasty flesh. Today we celebrate those brave, carnivorous souls who crave the other, other white meat. You are what you eat.

Writer/director Claire Denis doesn’t offer a great deal of exposition, relying instead on startling images to convey themes. Her approach, and her provocative film, may do a better job of linking not just sex and death – which is commonplace to the point of being a bore in horror – but lust and bloodlust, carnality and hunger.

Beatrice Dalle’s Core – lovingly held captive by her husband – routinely escapes to seduce and consume unsuspecting men. Meanwhile a honeymooning groom seeks her because of his own obsession and/or similar sexual disposition.

This is a tough film to watch. The murder sequences are particularly bloody and profoundly uncomfortable, but the film gets under your skin and stays there, which is the point of horror, right?

The blackest of comedies, the film travels back to the time of the Mexican/American War to throw us in with a cowardly soldier (Guy Pearce) reassigned to a mountainous California outpost where a weary soul wanders into camp with a tale of the unthinkable – his wagon train fell to bad directions, worse weather, and a guide with a taste for human flesh.

Pearce is great as the protagonist struggling against his own demons, trying to achieve some kind of peace with himself and his own shortcomings, but Robert Carlyle steals this movie. As the wraithlike Colonel Ives, he makes the perfect devil stand-in. Smooth, compelling and wicked, he offsets Pearce’s tortured soul perfectly. The pair heighten the tensions with some almost sexual tension, which director Antonia Bird capitalizes on brilliantly.

Give writer/director Jorge Michel Grau credit, he took a fresh approach to the cannibalism film. His Spanish language picture lives in a drab underworld of poverty, teeming with disposable populations and those who consume flesh, figuratively and literally.

We Are What We Are is among the finest family dramas or social commentaries of 2010. Blend into that drama some deep perversity, spooky ambiguities and mysteries, deftly handled acting, and a lot of freaky shit, and you have hardly the goriest film on this list, but perhaps the most relevant.

Friends on a road trip pick up a hitchhiker, played with glorious insanity by Edwin Neal. The Hitchhiker is part of a family of cannibals, and the youths will eventually stumble upon their digs. Here we find this unemployed family of slaughterhouse workers just teasing and mocking each other with little mercy. Like Sally Hardesty, we’ve entered a lived-in world belonging to them, and their familial bickering and cruelty only reinforce our helpless otherness. This inescapable absurdity is one of the things that make TCM so unsettling.

Everyone loves this film, even people who hate horror films. Those pretentious bastards call the film a “psychological thriller.” But to clarify, any film about one man who eats human flesh helping to track down another man who wears human flesh is a horror movie.

Anthony Hopkins’s eerie calm, his measured speaking, his superior grin give Lecter power. Everything about his performance reminds the viewer that this man is smarter than you and he’ll use that for dangerous ends. He’s toying with you. You’re a fly in his web – and what he will do to you hits at our most primal fear, because we are, after all, all part of a food chain.