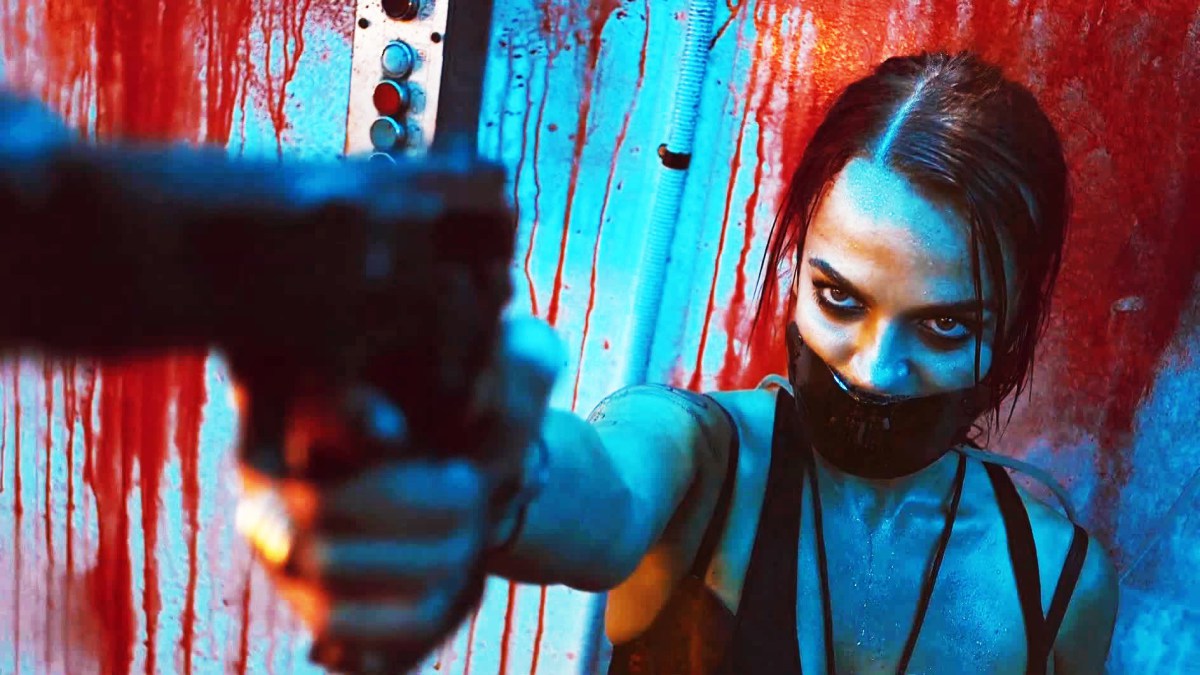 Thank you to Senior Aussie Correspondent Cory Metcalf for co-hosting our salute to Australian horror (and forgive our stupid jokes about Vegamite and Men at Work)! In the last decade his native land has become a powerhouse in the genre, boasting inspired, wicked, twisted efforts that range from unsettlingly authentic to weirdly, darkly comical. Here are our favorites.

It is hard to do something fresh and interesting with a zombie film, but director Kiah Roache-Turner has done it. Writing with brother Tristan, Roache-Turner takes pieces and parts of the basic zombie myth as it’s evolved over countless films, shows, comics and video games, and woven it together with an audaciously Aussie sensibility.

Barry (Jay Gallagher) gets a call in the middle of the night from his artist/badass sister Brooke (Bianca Bradey). The zombies are here.

Barry ends up on the road with an assortment of survivors and begins the search for his sister, who’s having one hell of an adventure on her own.

Like the best in the business, Roache-Turner follows Romero’s lead when it comes to trusting the government. Zombies are more principled. But Wyrmwood mixes interesting new ideas with some of the stronger genre tropes to create a novel, often funny, action-packed film that gets creepy as hell.

Daniel Henshall (also in Babadook) cuts an unimpressive figure on screen – a round faced, smiling schlub. But he brings Bunting an amiability and confrontational fearlessness that provides insight into what draws people to a sadistic madman.

There have long been filmmakers whose ultimate goal is not to entertain an audience; the idea being that art is meant to affect, not entertain. These filmmakers, from Sam Peckinpah to Lars von Trier, generally develop impenetrable indie credibility and a line of devoted, bawling fans. No one in recent memory has applied this ideology to horror cinema as effectively as writer/director Greg McLean with his Outback opus Wolf Creek.

Using only digital cameras to enhance an ultra-naturalistic style, McLean follows happy backpackers who find themselves immobile outside Wolf Creek National Park when their car stops running. As luck would have it, friendly bushman Mick Taylor (John Jarratt) drives up offering a tow back to his camp, where he promises to fix the vehicle.

Writer/director/Tasmanian Sean Byrne upends high school clichés and deftly maneuvers between angsty, gritty drama and neon colored, glittery carnage in a story that borrows from other horror flicks but absolutely tells its own story.

Listen to the whole conversation on the Fright Club Podcast.