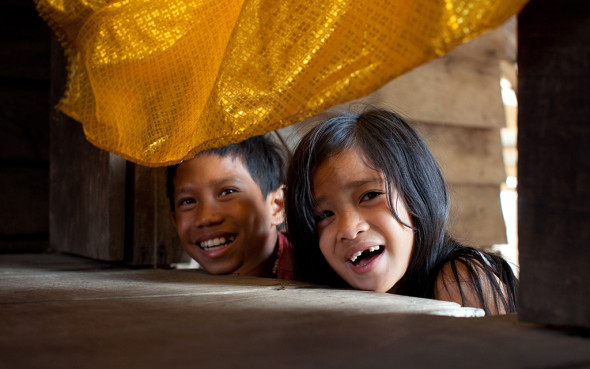 The Rocket, an Australian film set in Laos, is a deviously familiar movie. It deposits a well-worn storyline in an unusual context, not to prove the universality of the human condition, but to draw attention to our cultural differences.

According to his tribe’s beliefs, Ahlo (the vibrant talent Sitthiphon Disamoe) should have been killed at birth. He is a twin – the brother of a stillborn – and one twin is always cursed, though there’s no telling which is which. But Ahlo’s mother convinces his grandmother the baby should be spared and his secret kept.

Well, that secret gets spilled when Ahlo becomes the convenient scapegoat for tremendous family upheaval, tumult and tragedy. What is there for a plucky kid to do but prove he is not bad luck?

The casting director got lucky, that’s certain. Disamoe is more than adorable – although he certainly is that. His childlike logic, stubbornness and heartbreaking hope capture your imagination.

Troubling for other reasons entirely is the outcast Ahlo adopts as his “Uncle Purple,” a James Brown fanatic and village drunk played with swagger and heartache by Suthep Po-ngam. Cinema has offered many a pairing of unaccepted youngster and unappreciated oldster, but the bitter magic these two generate is something unique. Their damage is no run-of-the-mill angst and their collaboration is surprisingly moving.

There is certainly something familiar in the plotting: an uplifting story, a ragtag bunch of misfits, and a competition that could win them their future. But the context and setting are so wildly unpredictable that nothing about The Rocket ever feels stale.

Deftly maneuvering through a series of culturally saturated, often politically charged mishaps, Mordaunt uses the Laotian backdrop to give weight to what might otherwise have been a simple tale of the boundless optimism of youth. And yes, sentimentality flavors every scene, but what’s unexpected is that the presence of death is a constant shadow.

The Rocket is a film littered with motherless children, refugees of progress, and the ghosts of war. It’s a scruffy, haunted, vivid charmer about displaced souls, of all things. But it’s with this damaged but hearty population that Mordaunt spins a memorable and satisfying tale of resilience.