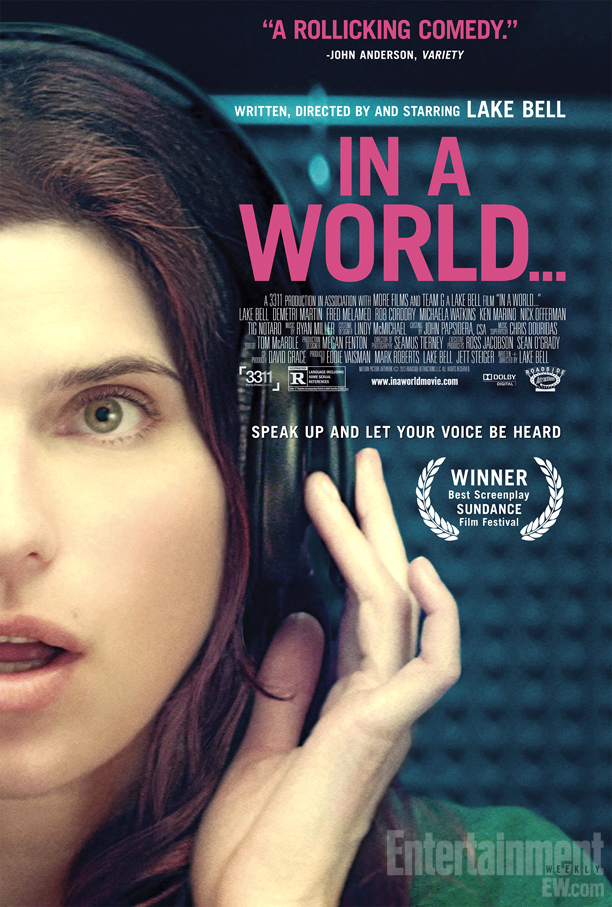 Lake Bell makes her feature directing debut with a clever and insightful look at the world of voiceover talent, In a World… , which is available today on DVD. Also writing and starring, she plays Carol, quirky vocal coach and daughter to a buttery-voiced industry legend who doesn’t believe women belong in his business. Boasting finely drawn characters as well as wit and charm to spare, Bell’s unique debut will leave you smiling.

Pair it with Joseph Gordon Levitt‘s debut behind the camera and pen, Don Jon. Both newbie filmmakers show surprising confidence and genuine aptitude. JGL plays a Jersey player who has either found the girl of his dreams or is facing a harsh reality about his intimacy problems. A witty and honest and insightful observation of our times.