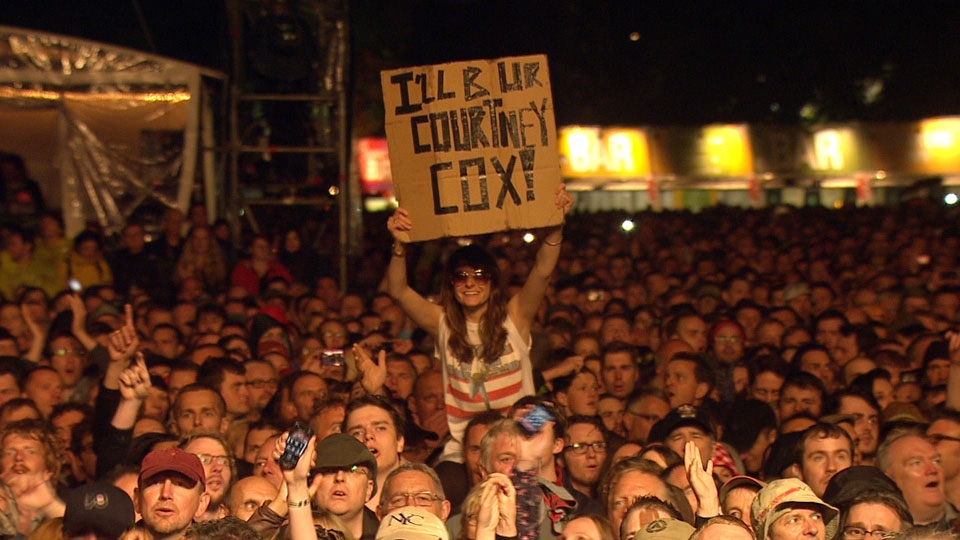 Look, I admit it. Asking me to review a Bruce Springsteen documentary sounds about as fair and balanced as Sean Hannity giving his thoughts on The Sarah Palin Story. I’m a Springsteen devotee, no doubt about it, but Springsteen and I will not only thrill fans such as myself, but also give the uninitiated a glimpse into what drives the Cult of the Boss.

From Executive Producer Ridley Scott, the film doesn’t focus as much on Bruuuuuce as it does his legendary fan base. Utilizing the same approach that drove Scott’s Life in a Day (2011), and Japan in a Day (2012), Springsteen and I is a story told by everyday people.

Bruce fans all over the world were encouraged to submit their own videos, describing how his music has affected them, the place it holds in their lives and, well, anything else they felt moved to share.

Director Baillie Walsh assembles the best of the bunch, mixing in Springsteen performances from the archives, and in many cases, video evidence from moments when the lucky ones rubbed elbows with The Boss.

You can’t help but smile when you hear stories of the man who went to a Bruce show dressed in full-on Elvis, or the women who made an “I’ll be your Courtney Cox” sign, and then watch as Bruce invites them to share his stage.

It’s an entertaining approach, and one that also allows for more heartfelt submissions, such as the man who suddenly bursts into tears when describing how the music has changed him, or the couple who, despite never having been to a Springsteen show, feel part of the fan community simply by dancing to Bruce music at home.

Of course, Springsteen isn’t everyone’s favorite(?), and one women’s fandom is hilariously described by her husband. After years of tagging along to Bruce’s marathon performances, the man pleads for Bruce to “make his concerts shorter!”

Springsteen and I is a thoroughly enjoyable take on the power of music, and much like a Springsteen show, offers a lengthy encore.  Stay put after the credits roll for some great concert footage and a backstage peek at a special Bruce meet and greet session.

Springsteen and I will show again in Columbus, and all over the world, July 30th at 7:30pm. The local showing will again be at Lennox. Outside Columbus, check here for a showing at the same time.

One thought on “These People Love Their Boss”